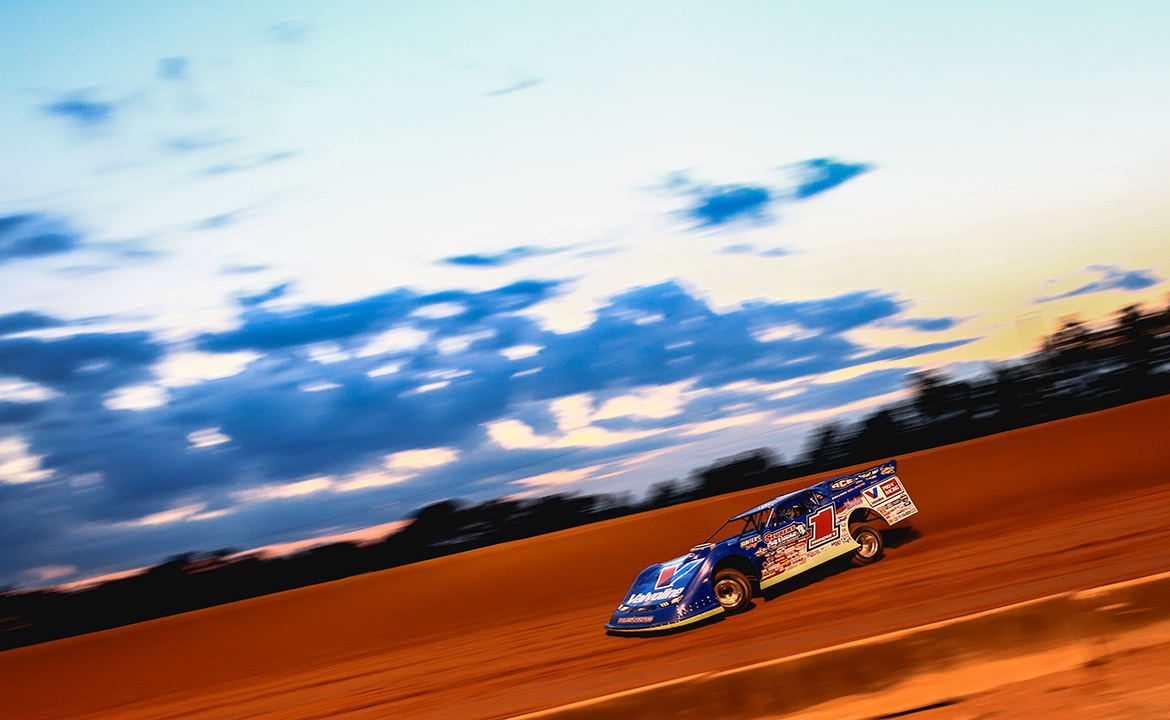 Zackery Kloosterman Photo
2nd Annual Marquee Event at Fayetteville is on the Horizon
By Jordan DeLucia | May 2, 2019 at 3:08 pm

FAYETTEVILLE, NC — May 2, 2019 — The World of Outlaws Morton Buildings Late Model Series invades Fayetteville Motor Speedway on May 10-11 for the richest Dirt Late Model race in North Carolina, the $25,000-to-win First in Flight 100.

Races that manifest themselves into headliners like these on a national tour always have very telling backstories. And for the town of Fayetteville, who better to illustrate that story than someone who’s been covering auto-racing in the area and at the track since the late 1970s – multi-time motorsports journalism award winner and current Fayetteville Observer Sports Editor Thomas Pope.

“From the day Jim Long took over as promoter, he’s constantly been thinking of ways to raise Fayetteville Motor Speedway’s profile on the national scene, and I think he certainly reached the bar with the First in Flight 100 last year,” Pope said. “He and his staff have spent countless hours in recent years doing whatever they could to improve the facility, including track prep, creating more outside pit parking, giving racers of all types a place to compete and giving the fans a steady diet of Super Late Model racing.”

As a whole, the newly created “crown jewel” event means a lot to the racing community in eastern North Carolina.

“The fans in this part of the Carolinas are treated to a schedule that’s hard to match anywhere, and the quality of the racing has steadily improved. That’s always a crapshoot with a dirt track because of weather, but you can go back and watch videos of previous events here and find some top-shelf stuff. Sheppard vs. Clanton in the first heat of the Outlaws race here in 2017 was as good as it gets.”

A stacked field of cars battled for the $25,000 top prize in 2018, and it’s expected to be even bigger this year. While many of the veteran racers from the southeast have turned many laps around Fayetteville’s half-mile dirt oval, top 2019 rookie racer Ricky Weiss from Manitoba is going to be seeing the track for the first time.

“I actually like the bigger speedways,” Weiss said. “I like the speed and the finesse that it brings out of the driver – it just seems to fit my driving style. That, and the dryer [the track] gets, the smoother it gets, the longer [the race] gets and the better we are.”

Four-time Series Champion Josh Richards tops the win list at Fayetteville as the only driver to win more than once. He took the Outlaws’ inaugural visit in 2008 and won again in 2010. Since then, Darrell Lanigan, Chris Ferguson, Brian Shirley, Brandon Sheppard and Jimmy Owens have all visited Victory Lane.

Tickets for the event are going fast so make sure to reserve your seats in advance at www.fayettevillemotorspeedway.com.