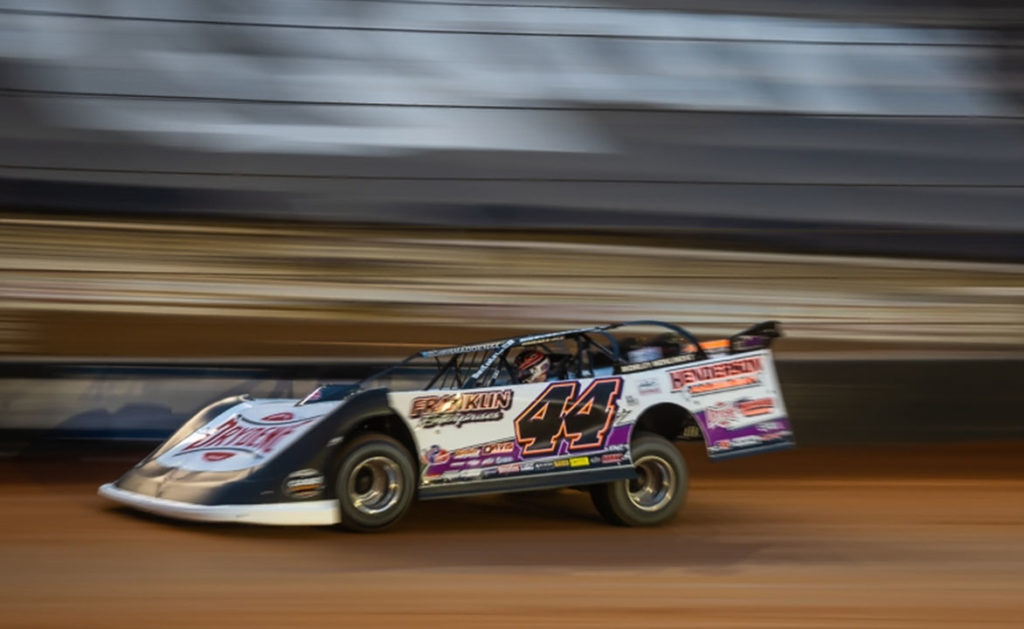 Chris Madden set the fastest time of the night with a 15.218 second Lap

A racy track surface at Bristol Motor Speedway kicked off the 2022 Bristol Bash for the World of Outlaws CASE Construction Equipment Late Models.

Drivers gained knowledge for the weekend during four separate practice sessions, setting themselves up for the weekend’s 30-lap $25,000-to-win Features.

Multi-time World of Outlaws Feature winner Chris Madden set the quickest time of the evening—a 15.218 second lap. The Gray Court, SC driver, ran more than 200 laps at Bristol earlier this season and had a base setup to work off.

“We came back with our baseline that we’ve been coming here with,” Madden. “We had to start off steering on harder tires than what we’ve been on, so we had to do some adjustments there, but really, it’s just finding the balance and happy medium for these tires to steer on.”

While Madden set the night’s fastest lap in session two, Jonathan Davenport was quickest in the final two sessions.

The Blairsville, GA driver, was consistent all night but stated the car felt different on each end of the track.

“Our car feels really balanced,” Davenport said. “There’s two totally different ends here even though they look the same. I was a little tight in one end and a little free in the other, so I don’t know if I can adjust for both of those.

“We struggled early just having raw speed, so when the track slows down to us, we kind of stay the same pace with everyone else.”

2021 World of Outlaws CASE Late Models Rookie of the Year Tyler Bruening makes his second Bristol Bash appearance after scoring a top ten in one of last year’s Features. The Decorah, IA driver, used a notebook from his teammate and 2015 Series Champion Shane Clanton, who ran here earlier this year.

“Shane [Clanton] was here already this year and got to dissect some things we kind of wanted to try here [Thursday], Bruening said. “We really have a good base to work off of, so we’re really just tweaking a little bit and trying to get me reacclimated to the speed of racetrack and the line we need to run.”

Tanner English, a 2022 Rookie of the Year contender, is excited for the weekend after practice. He stated he ran speeds he’s never felt before inside a Late Model.

On Thursday, Rookie of the Year contender Max Blair also ran his first laps around the half-mile 1/2-mile high-banked oval. While English felt it was the fastest speed he’s experienced, Blair stated it wasn’t as fast as he’d expected.

“You just kind of hold on and go as fast as you can,” Blair said. “We unloaded competitive, so that’s half of the battle against these guys. It’s actually not as crazy-fast as I expected. It feels a little more normal than I thought it’d feel. [West Virginia Motor Speedway] I thought was faster, so that was kind of a surprise to me.”