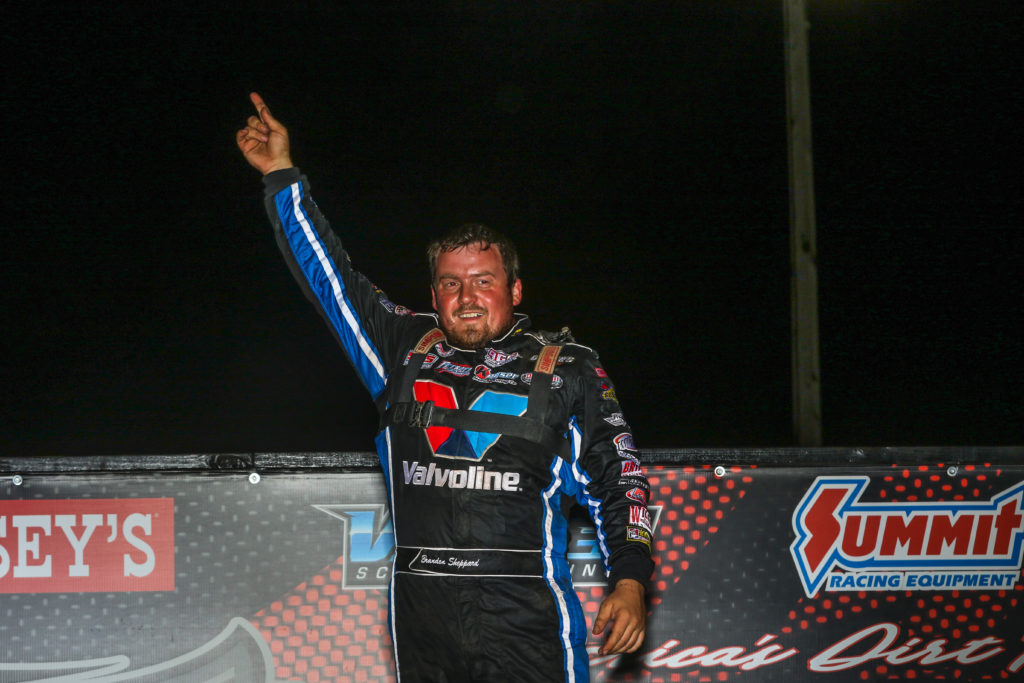 It’s safe to say that the World of Outlaws Morton Buildings Late Model platinum drivers had a solid weekend away with the series on break.

At Eldora, Ricky Weiss of Headingly, Man. nearly stole the $50,000 Intercontinental Classic before heartbreak struck his Drydene Performance Products No. 7 late in the running of the 67-lapper. The reigning World of Outlaws Rookie of the Year was racing side-by-side for the lead with less than 20 laps to go, but engine trouble abruptly ended the Canadian’s shot at the title on lap 55.

Meanwhile, a handful of other Outlaws recorded their share of top ten efforts in the one-off DIRTcar sanctioned event at “The Big E.”

Dennis Erb Jr. of Carpentersville, Ill. was fourth-from-17th in Saturday’s finale; Scott Bloomquist of Mooresburg, Tenn. finished seventh for his best performance of the weekend; Chase Junghans of Manhattan, Kans. was fifth on Thursday and eighth on Saturday at the half-mile; Brandon Sheppard and Rocket1 Racing were top ten runners all three nights; and Darrell Lanigan of Union, Ky. followed a tenth on Friday with 13th on Saturday.

At Fairbury, Brandon Sheppard of New Berlin, Ill. silenced the doubters and banked a $15,000 payday in a what was a thrilling Tuesday trip for the DIRTcar Late Models. For the defending World of Outlaws Morton Buildings Late Model Series champion and current points leader, it was his 26th feature victory in what has been a remarkable campaign for “The Rocket Shepp.”

Current Rookie of the Year leader, Ashton Winger, followed up a forgetful Intercontinental Classic with a much better appearance at FALS. The 20-year old Hampton, Ga. native qualified for the “One For The Road” feature and ended up 16th after dropping out while running 11th on lap 22.

At Ark-La-Tex, Cade Dillard of Robeline, La. even got in on the action with a stout run near home against the United State Modified Touring Series [USMTS]. As a former dirt modified ace turned rising late model star, “Thriller” returned to his roots with a fourth-place finish at the Vivian, La. track.

The World of Outlaws Morton Buildings Late Model Series remains on the sidelines this weekend before firing back up next weekend with a trip to Pennsylvania. Making the first-ever series appearance at Thunder Mountain Speedway, “The Most Powerful Late Models on the Planet” will invade the Knox Dale, Pa. track for back-to-back nights on Friday and Saturday, September 25-26. As always, DIRTVision will broadcast Every Lap LIVE for those unable to make it.