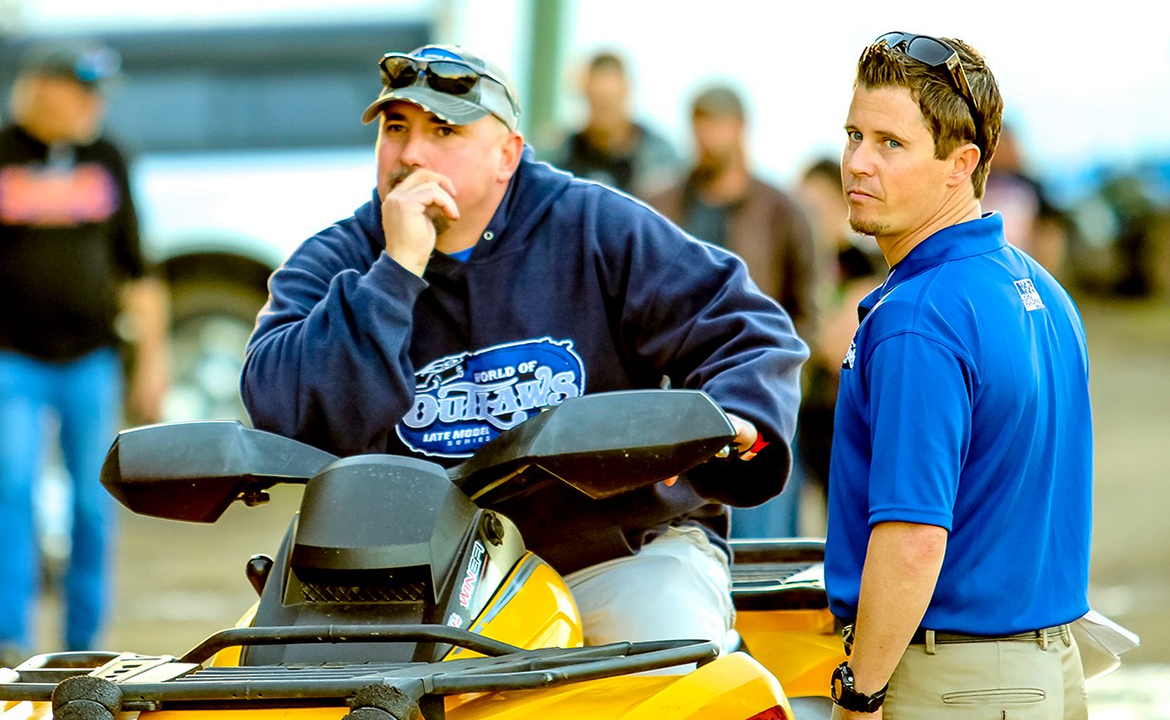 Please let me start this third edition of “Pit Stop: Reflections on Life as an Outlaw” by saying a very special thank you to everyone, who has taken the time to read the first two columns. This has been a fun trip down memory lane for me.

If you missed the first two edition, you can check them out by visiting: https://worldofoutlaws.com/latemodels/pit-stop-reflections-on-life-as-an-outlaw-edition-1/
https://worldofoutlaws.com/latemodels/pit-stop-reflections-on-life-as-an-outlaw-edition-2/

Burning up the interstates, highways and rural roads of North America on a weekly basis opens the door for plenty of opportunities to have “meet and greets” with the local law enforcement. While the occurrences were far and few in between, there were a couple of times when my travel mate, Tim Christman, and I had to deal with authorities. While, I was always prepared to be straight laced and accommodating, the same could not be said for Christman.

With that stage set, let’s dive into a couple of less-than-memorable moments that were created on the road by Christman’s twisted sense of humor.

Respect (Or Lack Thereof) For Authority
I like a good laugh or prank as much as the next guy. In fact, if you know me at all, then you know I’m always open to push the limits a bit in the name of fun. However, I also understand when to use better judgement.

My time on the road taught me that I could not trust WoOLMS Series Director, Tim Christman to do the same. 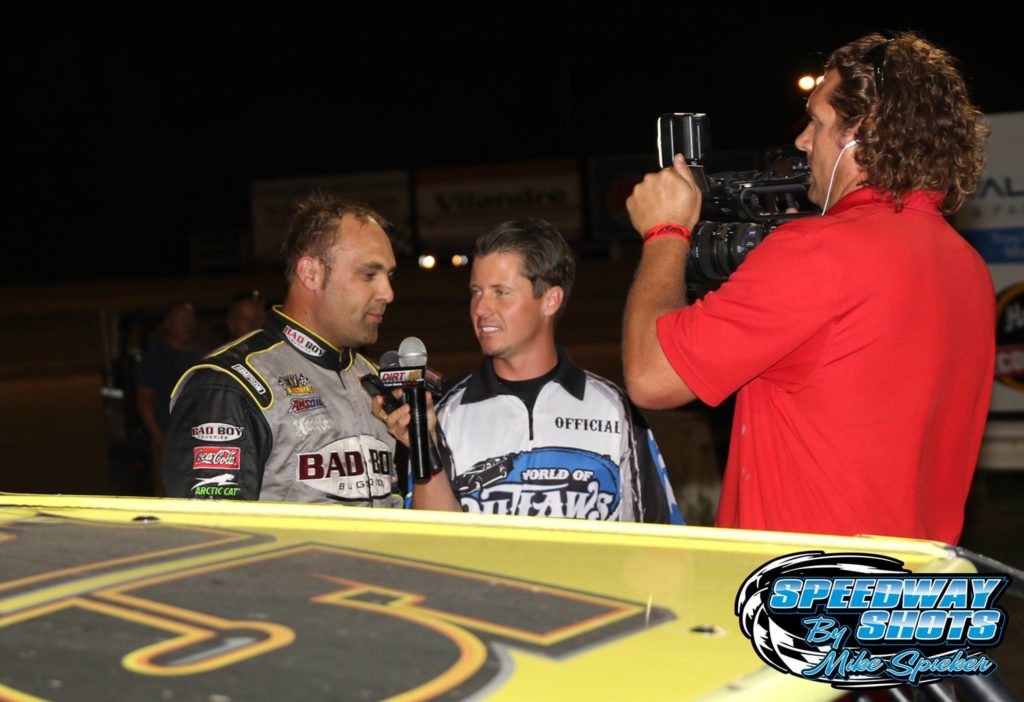 The first instance that comes to mind took place in the way early-morning hours of September 6, 2015. As outlined in my previous articles, Christman hated driving, so I obliged to be the all-time driver from event to event. Such was the case this night.

We had just wrapped up the Working Man 50 at Pennsylvania’s Lernerville Speedway, and we were making the trek toward Selinsgrove, Pennsylvania for the next night’s show. The first hour-and-a-half outside of Sarver had us on a winding two-lane highway through the countryside on a foggy night. As a result, I was somewhat relieved to finally reach a small town.

Rolling into the town, I took note that the speed limit was 25 mph. I immediately slowed to a snail’s pace as we drove the ghost town at 2 a.m. on a Sunday. Less than five minutes later I was on the opposite side of town. However, before I could accelerate to the increased speed limit, blue-flashing lights filled up the rear window.

Christman looked at me with a smirk and sneered, “What the hell did you do?”

To my knowledge I had done nothing wrong so I waited on the officer to approach my window. When she did I was floored. She was a 5 ft tall bombshell. Until this day she is not only still the most-attractive law officer I’ve ever seen, but she’s still one of the most attractive people I’ve ever seen, period.

For a split second the thought of the “traffic stop scene” in Days of Thunder popped into my head. However, any disillusions I had of her intent were quickly dispelled by the stern look on her face.

She said, “I pulled you over because you were weaving a little back there.”

Now, how in the hell I could weave doing 25 mph was beyond me, but I wasn’t going to argue. However, Christman just couldn’t stay quiet.

He leaned across me from the passenger seat, and shouted, “Thank you for pulling us over. He’s been scaring the hell out of me with his driving for the past hour.”

I quickly shot him a look of disdain. Even less impressed was the officer, who without saying a word, walked back to her patrol car with my license and insurance information.

I looked at Christman and promptly said, “What the hell are you trying to do to me.”

He laughed and replied, “Oh, I’m just having some fun.” 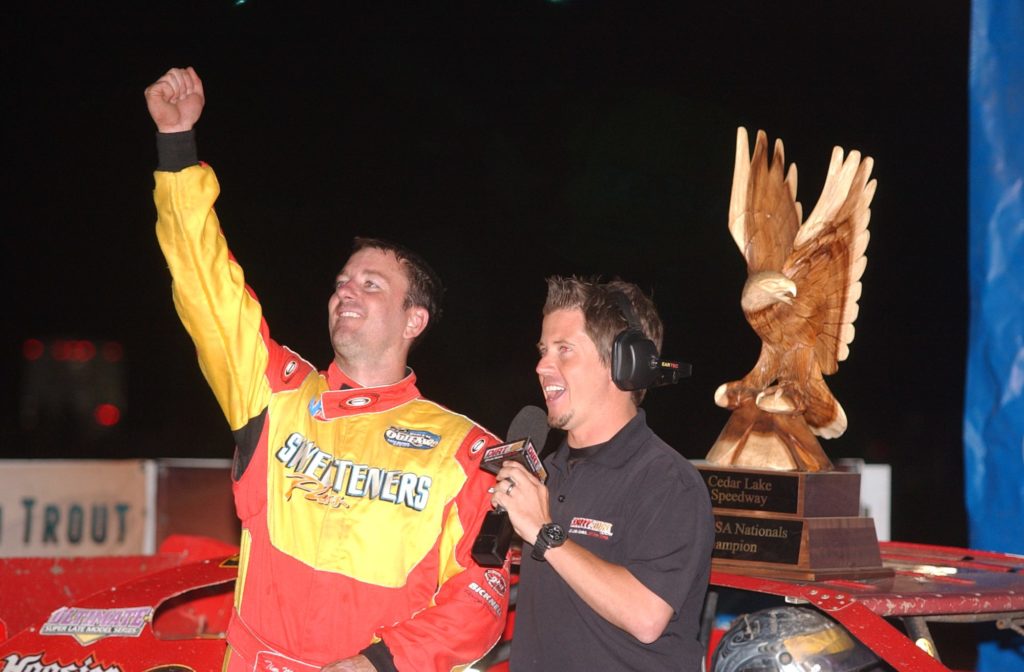 He paused for a second before looking at me again with his notable smirk and quipped, “I hope she comes back soon because I gotta pee. If she doesn’t come back in the next few minutes I’m going to have to get out and pee beside the car.”

I quickly notified him that I would kill him if he did it. Tim is a great friend, but I truly believe in that moment I might’ve ripped his arms off and beat him to death with them. Thankfully, she quickly returned and told me to just be careful and sent us on our way.

While this particular incident is the first mention, I make of Christman acting like a knucklehead with law enforcement, it wasn’t the only one. Furthermore, it wasn’t the most notable. As a matter of fact, the most notable confrontation took place earlier that year at a checkpoint on the United States / Canadian border.

On July 21, 2015, rain struck Cornwall Motor Speedway (Cornwall, Ontario), forcing the race to be canceled. Our WoO crew, along with the race teams, were already north of the border for an event, which was held one night earlier at Brighton Speedway. As a result, before we could return stateside to get ready for the next race at New York’s Weedsport Speedway, we had to first go through customs at the border.

Approaching the border checkpoint around 2 p.m. that day, I remember thinking to myself, “This should be quick and easy because there’s like six lanes and hardly any cars in line.”

Boy was I bad wrong.

I pulled up to the gate, and a lady asked for our passports. As I handed them to her, Tim leaned across me and said, “Make sure to check his close because he’s a bit shady.”

Tim then laughed. However, the lady in the booth did not. In fact, she keyed up her radio, asking for an escort. I wasn’t sure what an “escort” was at a border checkpoint, but I quickly found out. Within a minute of her request, a gentleman with an assault rifle approached our car, and asked us to place our cell phones in the console and step out of the vehicle. 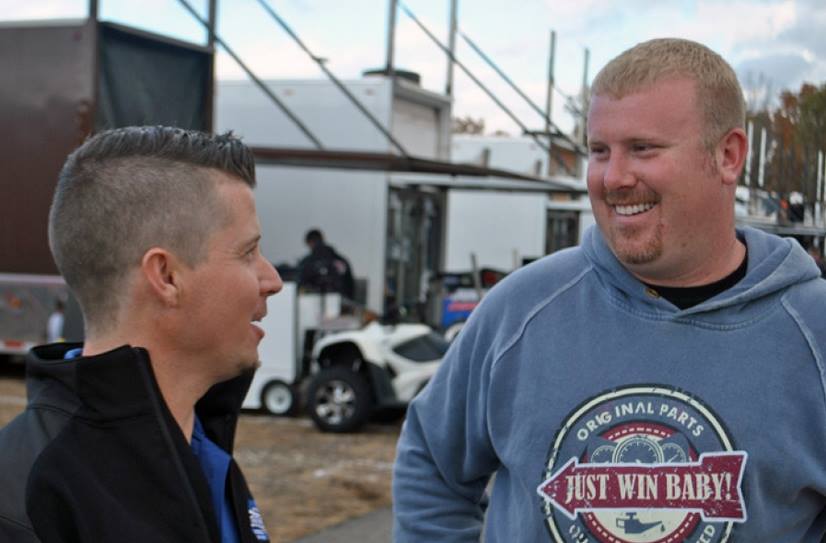 At this point I shot a glaring glance at Christman, and he just said, “Uh, oh.”

We walked across all six lanes of border control with our armed escort. People in their cars stared at us, I’m sure were wondering what exactly we had done wrong. I’m just glad that nobody we knew had the chance to watch this walk of shame.

Once inside the main building, we each had to answer about 20 questions. We also were notified that our car was going to be searched. Of course, we had nothing to hide, but I won’t lie that it was scary.

In fact, at one point during the questioning, I can remember the border agent asking me, “If you have nothing to hide, why are you shaking.”

Without missing a beat, I replied, “Because I know I wouldn’t do well in prison.” Hearing that response, the agent actually laughed a little, and that finally broke the tension.

About 30 minutes later, we finally got the go-ahead that we were free to go. While I was thankful to be on the road again, I was less than thrilled by Christman’s shenanigans, which put us in the predicament. He on other hand snickered about it for the rest of the ride.

In each of these moments I wasn’t very happy at the time. However, looking back now I laugh at both instances. At the end of the day, I’m just thankful to have had the opportunity to be the voice of the Outlaws for three seasons and enjoy such great times with great friends along the way.