OUTLAW ORIENTATION: Five drivers to battle for Rookie of the Year in 2022 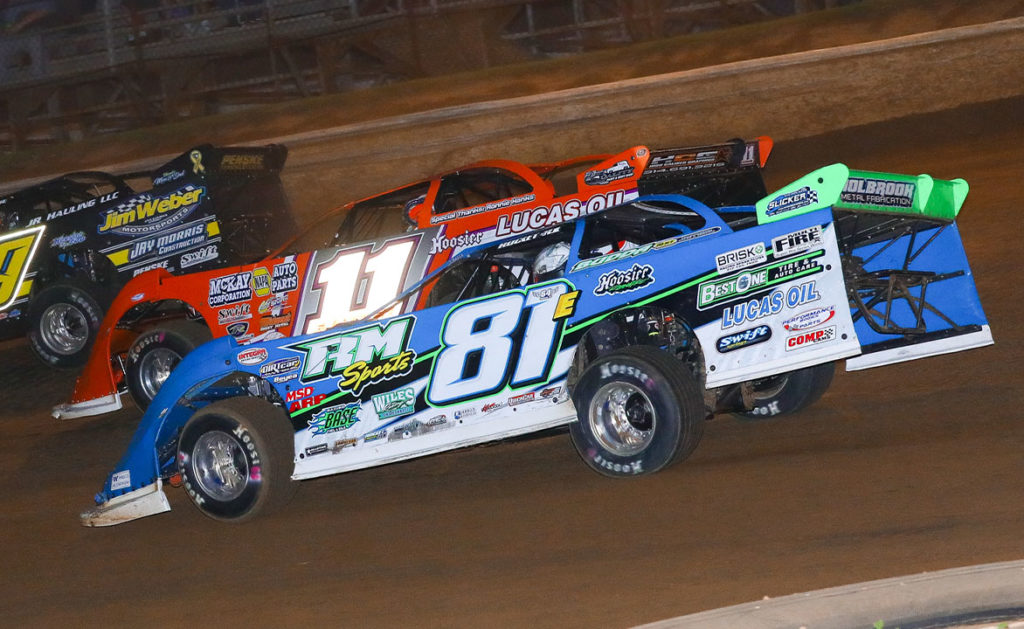 Attempting a journey for the first time will have its ups and downs, especially if that journey lasts eleven months.

Five drivers, each with different levels of experience, take their first step toward World of Outlaws Late Models glory when the Series opens its season Jan. 20-22 at Volusia Speedway Park, as part of the Late-Model-Palooza known as Sunshine Nationals.

Gary Dillon, Kyle Hammer, Max Blair, Gordy Gundaker, and Tanner English have all thrown their hat in the ring to compete for Rookie of the Year in 2022.

Gundaker, who made a name for himself racing in Illinois, knows it’ll be a fun uphill climb.

“Across the board, it’s obviously going to be tough,” Gundaker said. “Running this deal isn’t supposed to be easy, but running with guys like Max and Tanner, and Hammer and Dillon is going to be a lot of fun.”

“They are definitely good competitors in their area, no doubt,” English said. “Max can hardly be beat in his area it seems like, and Gordy’s good around home, and they are tough for sure. They’ll be right there with us, and I feel like we’ll have a real good battle between all of us.”

Despite the strengths of each Rookie of the Year contender racing at home; veterans and former champions will try to keep them out of Victory Lane.

Western Pennsylvania’s Max Blair, who has three Series wins to his credit knows while he may have an advantage at home, that’s not the case for most of the schedule.

“There’s a lot more nights that everyone else has a bigger advantage than I do,” Blair said. “There’s a lot of the racetracks that I’ve never even seen before.

“I’m hopeful. But you have to be real about it at the same time with what we’re getting ready to go do here.”

North Carolina’s Gary Dillon is taking a different approach to the season. He only has a few Super Late Model races under his belt, including a World Finals appearance and with the Drydene Xtreme DIRTcar Series over the winter.

This year, he’s looking for a change of pace. A faster pace.

“I want to just try to get away from the drama of Limited Late Model racing and try to accomplish something,” Dillon said. “Maybe try to go full-time and get Rookie of the Year possibly and run for that. Just a different change of scenery; I’m not getting any younger.

“It’s definitely a challenge, but I mean, any of this stuff is a challenge. “You’re not running against Mom and Pop anymore; it’s a serious thing.”

Illinois driver Kyle Hammer is going all-in on the 2022 season, including a new Longhorn by Wells in his stable. He’s optimistic about getting a good start at Sunshine Nationals because of his experience in a Modified.

“I’m looking forward to it, really,” Hammer said. “Last year, we went there for the first time in a modified, and had a couple of good runs, made all but one of the A-mains, and actually locked into the big Modified show from our qualifier.

“We were running good there before we had a mechanical failure, but I think we’ll be alright there and especially having seven nights being able to fine-tune it by the end of the last night.”

Hammer and the four other Rookie hopefuls kick off their journey of ups and downs January 20-22 as the main Late Model attraction of Sunshine Nationals at Volusia Speedway Park.

If you can’t make it to the event, watch live on DIRTVision – available either online or through the DIRTVision App.