ORANGE CRUSH: Gundaker Ready to Roll with World of Outlaws in 2022 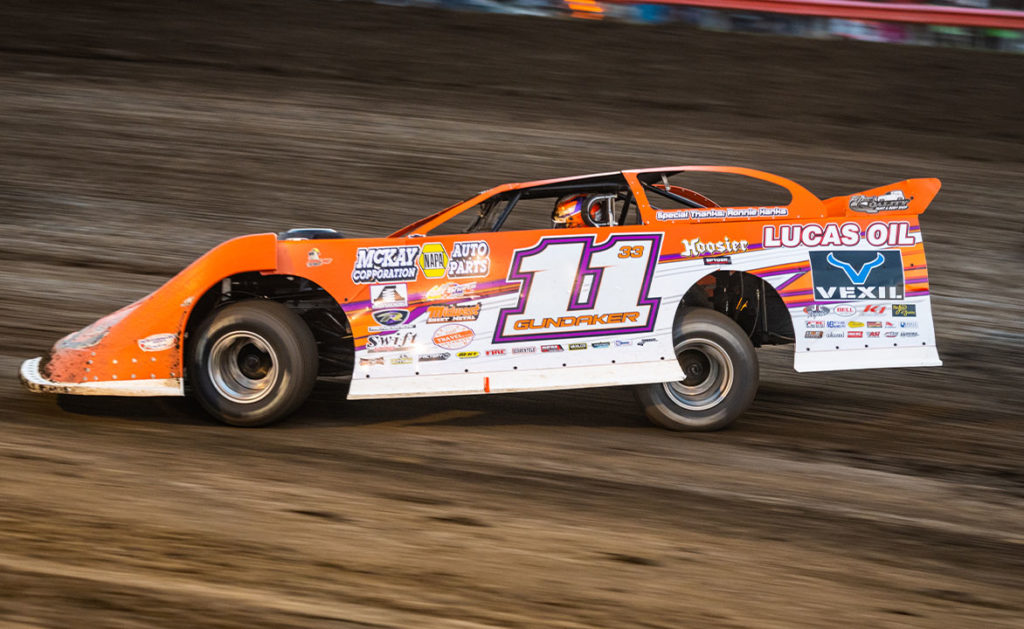 The St. Charles, MO driver will compete for Rookie of the Year honors this season

When the sun rises on the 2022 World of Outlaws Late Models season, a burst of orange from the Midwest will hit Volusia Speedway Park for the first time.

Gordy Gundaker’s maiden voyage with the Series kicks off at Sunshine Nationals Jan 20-22, as he starts his ascension toward Rookie of the Year honors.

The St. Charles, MO driver, has competed against the best the World of Outlaws has to offer on numerous occasions, but it’s the first time he’ll strap on his helmet in a Late Model at “The World’s Fastest Half-Mile.” Despite having little experience, he’s excited to get behind the wheel of his orange number #11 machine.

“I’m really excited to get down there,” Gundaker said. “I’ve never raced a Late Model there, but I’ve raced a Modified, and I’ve been there a thousand times with Dad over the years, and the last couple of years I’ve been there helping Nick Hoffman when he races there.”

Gundaker is one of five drivers running for Rookie of the Year in 2022, including Max Blair, Kyle Hammer, Gary Dillon, and Tanner English. While he’s excited to compete against all of them this season, battling with English brings a sense of familiarity.

One of the drawing points for Gundaker to join the World of Outlaws was the 2022 schedule. The Series returns to several tracks he already has experience at and will make a trip to Tri-City Speedway in Pontoon Beach, IL—a venue operated by his parents.

“That was something we looked at when we signed up to do this deal,” Gundaker said. “We’ve been to a lot of tracks, and the Series is coming to Mom and Dad’s place (Tri-City Speedway) this year. Pevely, Fairbury, Farmer City, last year we went up to Fountain City (Mississippi Thunder Speedway) with the Outlaws and went to Boone with the Outlaws, so the nice thing is we already have a bit of a notebook going at these places.

“I’d like to think the Illinois tracks play more to my advantage than most just because of how many times I’ve raced there.”

Despite his experience in the Midwest, he knows it’ll still be a challenge at every race on the schedule in 2022.

“Obviously, Sheppard’s won a lot of races at those places, and Tanner’s good (in the Midwest),” Gundaker said. “But at the same time, we have to go out East and race at places I’ve never been or never thought of looking at. It’s going to be challenging, but it’s going to be good for us.”

One of the tracks he’ll see for the first time is Port Royal Speedway during the season’s first Northeast swing.

“I’ve heard a ton about Port Royal,” Gundaker said. “It seems like a place everyone talks about how awesome it is, and it’s something I’m really looking forward to. I’ve always wanted to get out to some of these race tracks I’ve never seen. It’s just something new and exciting for us.

Before the Series travels across the country, it’ll have an extended stay in the Southeast as the first seven races are at Volusia. Gundaker knows a strong start is vital for his orange Late Model to burst onto the scene in 2022.

“I’m just really pumped to get down there, and into warmer weather, that’s for sure, and I’m excited to kick the season off. If we can get down there and have some good runs and get out of there in one piece, that’s the main goal and obviously look forward to the long season.”

Gundaker and the World of Outlaws Late Models open the curtain on the 2022 season Jan. 20-22, as the main attraction of Sunshine Nationals at Volusia Speedway Park.

If you can’t make it to the track, you can watch the World of Outlaws Late Models live on DIRTVision – either online or with the DIRTVision App.

WHAT TO WATCH FOR: Midwest Tripleheader on Tap for World of Outlaws Late Models