ON CLOUD NINE: Strickler grateful for opportunity to work with Bloomquist 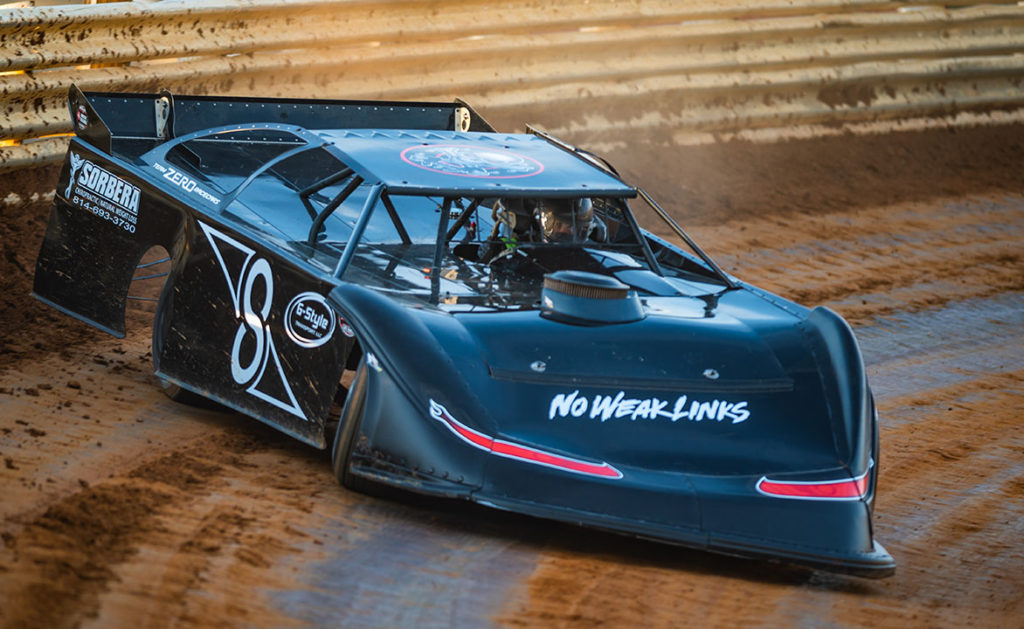 Kyle Strickler was at a crossroads in his racing career.

“The High side Tickler” split with PCC Motorsports and was left to find a ride for the World of Outlaws Late Model races at Port Royal Speedway with days to spare.

After picking up a Vic Hill Racing engine in Tennessee, Strickler made a stop in Mooresburg. That’s when the wheels began turning—leading to the North Carolina driver joining forces with 2004 World of Outlaws champion Scott Bloomquist.

Strickler ran a Team Zero car during the two-day Port Royal Speedway event, which he bought from fellow competitor Frank Ingram. Bloomquist served as his crew chief, hoping to help get the car dialed in for Strickler in a timely manner.

“Working with him, I’ll get to know this car as well as my own, and hopefully it’ll help him do as well as he can,” Bloomquist said. “I think he’s got a hell of a lot of talent, and it’s exciting.”

For Strickler, it’s more than just teaming up with one of the most accomplished Late Model drivers in history. He sees “Black Sunshine” as a father figure.

“I’ve always looked up to him, and if there’s anyone you’re going to look to and try to shortcut your learning curve, the greatest of all-time would be the one to help you do that,” Strickler said. “There’s no better opportunity than to drive for Daddy Scott.”

Strickler finished 21st and 16th in the two Morton Buildings Features at “The Speed Palace.” Despite not getting the results he hoped for, the plan is to build toward the future.

“These cars are built and centered around Eldora,” Strickler said. “The Dream is coming up, and we were very good there last year with our Longhorn [Chassis]. [Bloomquist] is helping me a lot and we’ve talked non-stop the last two days about what I need to adjust from a driver’s standpoint and how the cars are going to be different.”

“The High Side Tickler” hopes it’s a partnership that stays together on his quest toward a World of Outlaws Late Models championship.

“If everything goes well, I’d love to stay here,” Strickler said. “We’ll end up eventually getting our own cars, and having my own race team, hopefully working out of [Bloomquist’s] shop in Tennessee a lot.”

“The way I see it, the sky’s the limit, and if everything’s going well and [Bloomquist] is behind it and wants to help me progress, I think we could win a lot of big races and crown jewels.”

Both drivers are excited about the chance to work together, and Bloomquist hopes it puts Strickler in the right direction for his career.

“I’m sure [Strickler’s] got what it takes, I just want to have him in the right car to suit him,” Bloomquist said.

“When [Bloomquist] speaks, I listen, and we’ll see how it all works out,” Strickler said. “I’m kind of on cloud nine to have this opportunity, and I just want to go out there and perform.”

Strickler hopes to get back to his winning ways, after finding Victory Lane in two of the first three races this season at Volusia Speedway Park. Right now, he’s tied for fourth in the points standings with Ricky Weiss—160 points behind Brandon Sheppard.

The next stop for the Mooresville, NC driver and the World of Outlaws is Friday, June 4, when the Series visits Circle City Raceway in Indianapolis, IN for the first time.