NORTH STAR NUMBERS: The World of Outlaws Late Models Past in Minnesota

After a more than three decade absence, it’s only fitting that we return in grand fashion. We’re doing just that with the Drydene Double Down Invitational.

Boosting Saturday’s purse to $20,000-to-win and $1,000-to-start, this weekend’s ‘RETURN to RACING’ has quickly become a must-watch event live on DIRTVision. No fans will be permitted due to COVID-19 regulations, but the DIRTVision FAST PASS is your all-access at-home ticket to a weekend of racing.

For drivers looking to compete this weekend at Jackson, entry is still open and you can enter HERE. There will be no at-track registration, so you must enter online ahead of the event. Additional information for drivers and teams include the Competitor Notes, Participant Snapshot, Friday’s Order of Events and Saturday’s Order of Events. 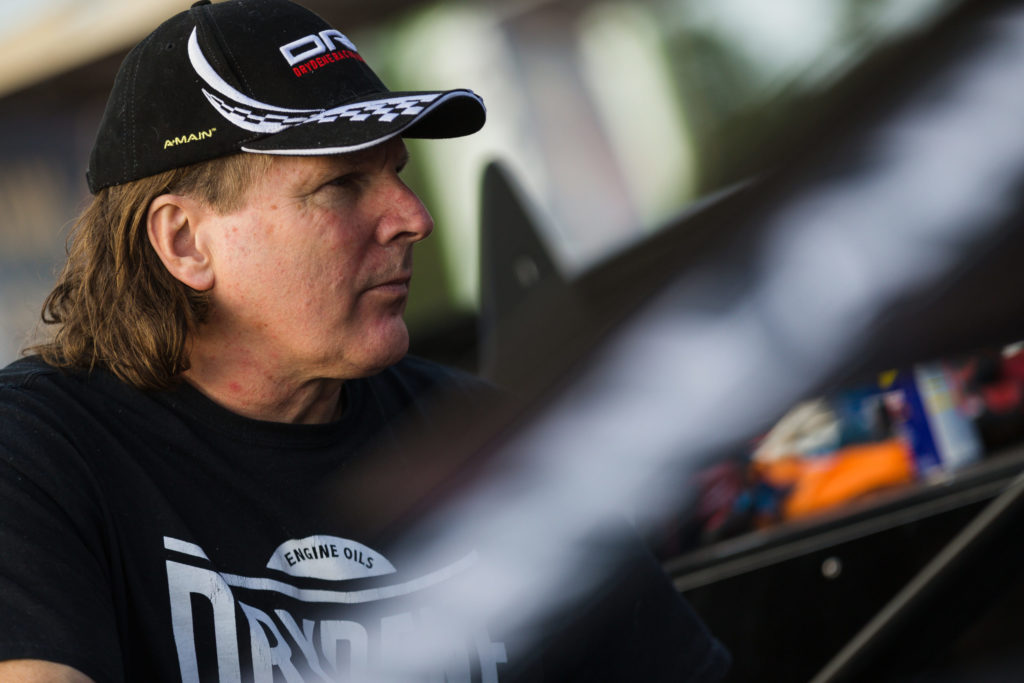 While the World of Outlaws haven’t visited Jackson since 1988, the newest generation of Super Late Model superstars still have some experience at the 4/10th-mile semi-banked oval. In 2018, the Lucas Oil Dirt Late Model Series debuted at Jackson. Scott Bloomquist of Mooresburg, Tenn., who is currently tied for fifth in World of Outlaws Late Model points, dominated the event and led all 50 laps in his Team Zero entry. Bloomquist will be back at Jackson this Friday and Saturday along with several other Outlaws who ran that race including Brandon Sheppard (5th), Ricky Weiss (7th), Dennis Erb Jr. (12th) and Darrell Lanigan (19th).

When it comes to the World of Outlaws Morton Buildings Late Model Series, an inaugural season event on June 18, 1988 – won by Willy Kraft – is the only race at Jackson in the memory bank. In the modern era (since 2004), the Outlaws have made 26 previous appearances in the state of Minnesota with 17 of those at Deer Creek Speedway, four races at Ogilvie Raceway, three at Hibbing Raceway, and two at North Central Speedway.

In those 26 races since 2004, the Bluegrass Bandit has been more like the Minnesota Master. Leading the way in countless categories, Darrell Lanigan of Union, Ky. most notably tops the charts in victories, top five finishes, top ten finishes, and earnings, when it comes to the World of Outlaws Late Models in the North Star State.

Lanigan’s seven career victories in Minnesota is more than double that of Chris Madden, Josh Richards and Shane Clanton, who all have three wins apiece. His 16 top five finishes leads the way over Clanton (15) and Jimmy Mars at 10, the only three drivers in the double digits. In 2009, Lanigan collected $20,700 for his “Gopher 50” title at Deer Creek, a payday he could reciprocate this weekend in the Drydene Double Down Invitational at Jackson.

In recent years, Brandon Sheppard of New Berlin, Ill. has been the most consistent force in the Land of 10,000 Lakes. Dating back to 2017, Sheppard has recorded seven-straight top five finishes, including two wins at Deer Creek and Hibbing, and amassed an average finish of 2.3 in feature action.

Sheppard, the two-time and defending World of Outlaws Morton Buildings Late Model Series champion, enters this weekend’s RETURN to RACING as the current points leader as well. In nine starts this year, the Rocket1 Racing, Valvoline No. 1 has never finished outside of the top ten once with eight top fives and a victory at Volusia Speedway Park.

“Smokey” Chris Madden of Gray Court, S.C. comes in as a three-time World of Outlaws winner in Minnesota, all three coming since 2017. A strong weekend in Jackson could propel the the Team Zero, Drydene No. 0M into the top three of the point standings.

Ricky Weiss, who is only 58 points behind Sheppard in the championship chase, was second and sixth in last year’s two Minnesota showings. Weiss is off to the hottest start of his career in the Drydene No. 7 this year, earning his first career World of Outlaws win at Vado and then finding five top five finishes in nine features.

Other Outlaws such as Dennis Erb Jr., Chase Junghans, Cade Dillard, Boom Briggs, and Brent Larson have all recorded top ten showings in the past in Minnesota. World of Outlaws Late Model Rookie of the Year contenders – Ashton Winger, Matt Cosner and Kody Evans – will be making their Minnesota debut with the Outlaws.

Dial up your FAST PASS at home and don’t miss any of the action this weekend by watching it all live on DIRTVision.

PrevPreviousAT A GLANCE: Haudenschild set to backup historic I-55 win
NextNUMBERS TO KNOW: Learn the stats of the World of Outlaws’ I-55 doubleheaderNext