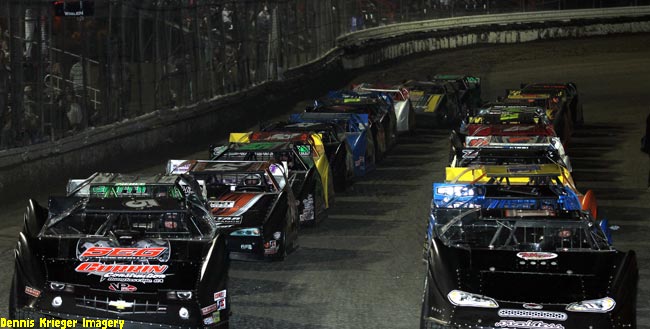 The winner of the Keyser Manufacturing Co. Last Chance Race will advance to the evening’s feature event, earning a starting spot behind the B-Main qualifiers and just in front of the provisional starters.

“Keyser Manufacturing Co. is excited about making it possible for one more driver to start each A-Main during the Bubba Army Late Model Winter Nationals at Bubba Raceway Park,” said Brian Daugherty, who serves as the technical representative for the Integra Racing Shocks line produced by the Coopersville, Mich.-based Keyser Manufacturing Co. “We wanted to give something back to the race teams and opening the door for a driver to compete in the A-Main rather than watch it seems like a perfect way to do that.”

Each night’s Keyser Manufacturing Co. Last Chance Race will be aligned based upon the finishing positions of drivers who fail to qualify through the B-Mains. At least 12 cars will start the event, which will be contested at a distance to be determined.

More information on the Bubba Army Late Model Winter Nationals can be obtained by logging on to www.bubbaracewaypark.com.

The Bubba Army Late Model Winter Nationals will be sandwiched by two other multi-day meets during the WoO LMS’s season-opening burst of action. The national tour kicks off its 2013 campaign with the ‘Winter Freeze’ doubleheader on Feb. 8-9 at Screven Motor Speedway in Sylvania, Ga., and caps its busy stretch with the 42nd UNOH DIRTcar Nationals Presented by Summit Racing Equipment on Feb. 21-23 at Volusia Speedway Park in Barberville, Fla.