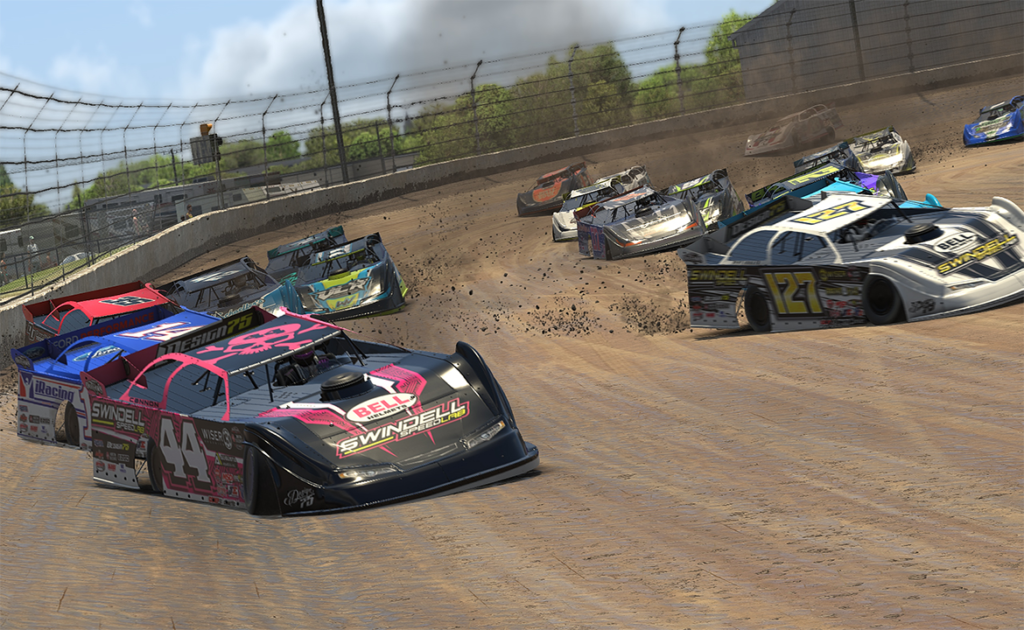 Knoxville Raceway may be known as the “Sprint Car Capital of the World,” but this week it’s the iRacing World of Outlaws Morton Buildings Late Model World Championship that heads to the famed Iowa dirt track. More than 30 of the world’s best Dirt Oval iRacers will take on Knoxville for the second time this season, as one of iRacing’s most intense World Championship battles in recent memory continues to heat up.

Six different drivers have won the first six races of the season, with Blake Matjoulis, last week’s winner at Kokomo Speedway, the most recent among them. But it’s Matjoulis’s Swindell SpeedLab Esports teammate Kendal Tucker who leads the championship right now, despite still searching for his first win of the 2019 season.

“I really think we can bring a good pace to Knoxville,” Tucker said after completing a team sweep of the podium at Kokomo with teammates Matjoulis and Blake Cannon. “I was able to sneak in a top five, so really we’re going to try and focus on qualifying speed this week, and see if we can put in a good qualifying effort. I know the guys at SpeedLab have put in a ton of effort, and our top three podium sweep at Kokomo was a pretty cool deal and special for all the guys.”

Tucker’s points lead currently sits at 13 over Alex Bergeron, this year’s iRacing World of Outlaws NOS Energy Sprint Car World Champion and the winner of the first Late Model race of the season at Knoxville in July. The Quebec native will continue his charge towards dual iRacing World Championships tonight, a feat that would make him the first driver in history to score multiple titles in a single year.

“Knoxville is our only win of the season so far, so we feel confident there,” said Bergeron. “I’m definitely confident for Williams Grove as well, and the rest of the races we’ll try to get good results. I think we’re going to be good—we just need to get top fives.”

With a maximum of 84 points on the line, any of the top six drivers in series points can mathematically leave Knoxville with the championship lead in the right scenario. Matjoulis, Cannon, and Evan Seay complete the top five, while Kevin Dedmon’s recent run of top-five performances have enabled him to hang onto the sixth spot, 83 points behind Tucker for the points lead.

Tonight’s iRacing World of Outlaws Morton Buildings Late Model World Championship action from Knoxville Raceway kicks off at 9PM ET and can be seen on the iRacing eSports Network on Facebook, Twitch, and YouTube. iRacers looking for their own taste of Knoxville can also take part in this weekend’s Sprint Car Showdown at Knoxville, an iRacing Special Event that runs four times throughout the weekend; click here for more information.