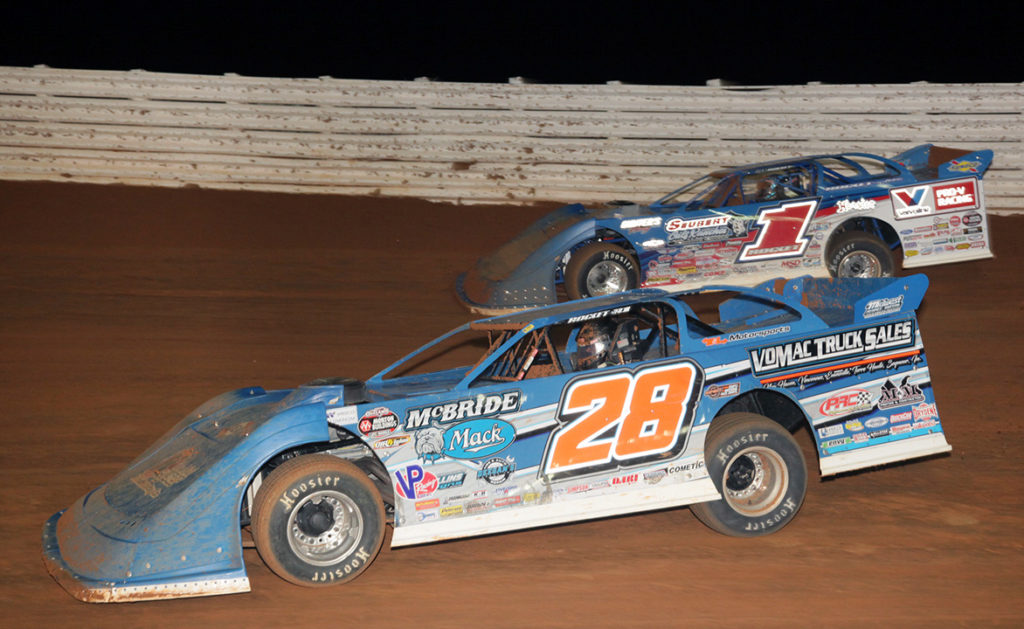 The month of money continues for the World of Outlaws Morton Buildings Late Model Series, April 1-3, at Farmer City Raceway for the Illini 100 with an overall top prize of $26,000 on the line between the two Features.

The April event will be the Series’ first time back to the quarter-mile track since 2019 and 17th visit there overall.

The event is a favorite to drivers and fans alike due to the small track’s ability to create exciting racing and the fun atmosphere of the town. For Illinois-born drivers like three-time defending champion Brandon Sheppard and Dennis Erb, Jr. it’s also a chance to race close to home and in front of family.

Sheppard is still on the hunt for his first win of the season and first top-five finish. If that win is achieved at Farmer City, not only will he get to celebrate another home-state win, but he’ll celebrate his 70th career World of Outlaws victory.

The defending champion is currently second in points behind Series points leader and Rookie of the Year contender Kyle Strickler. The Pennsylvania native has had a strong start to the Series, claiming his first two career Series wins at Volusia. Strickler is still the only driver this season with multiple victories. The Illini 100 will be his debut at Farmer City with the World of Outlaws.

For tickets to the April 1-3 Illini 100 at Farmer City Raceway, CLICK HERE.

The Illini 100 will lead into the April 8-10 World of Outlaws Bristol Bash at Bristol Motor Speedway, which keeps the month of money rolling for the Series with the Friday, April 9, event paying $10,000-to-win and the Saturday, April 10, event paying $25,000-to-win. For tickets go to BristolMotorSpeedway.com.

Sunshine awaits the World of Outlaws Late Models at Volusia

TAKE FIVE: A Look Back at the Top Five Races of the 2021 Season