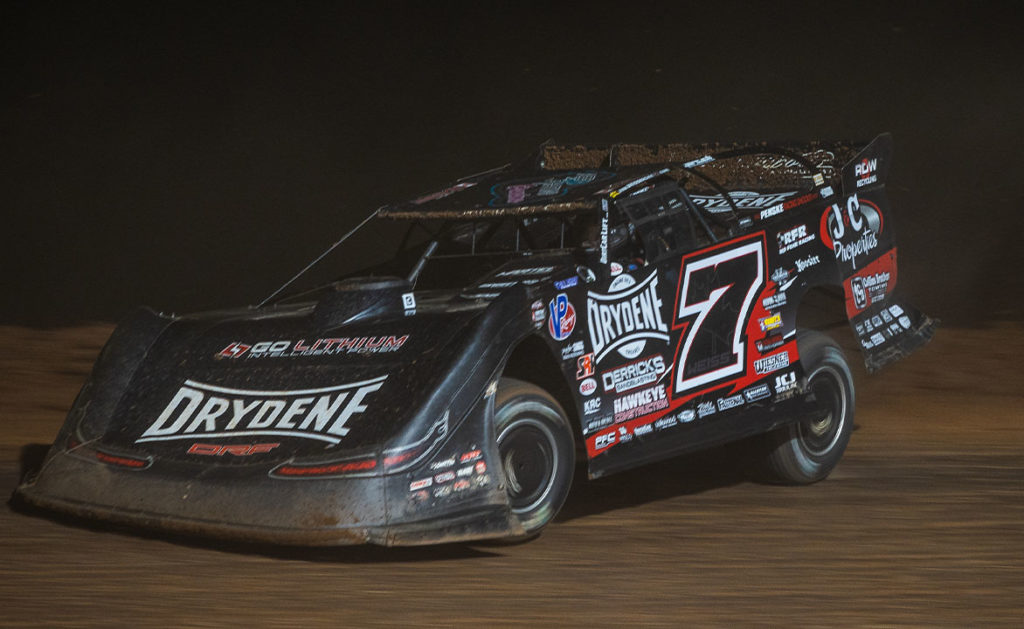 When the World of Outlaws Morton Buildings Late Models hit their annual Northern swing, it means a lot of drivers are spending time away from home. But for Canadian driver Ricky Weiss, it’s the closest he’ll come to racing at home in 2021.

The first stop on the 10-day swing is a doubleheader at Jackson Motorplex in Jackson, MN. It’s a place Weiss found success before, as his last World of Outlaws triumph came at the 4/10-mile track last season.

While he’s been close to Victory Lane already this season (second place at Bristol), he’s excited to kick off July at a place he’s tasted victory before.

“We’ve got some good notes at [Jackson] and it’s just a track that we’ve had a lot of success at,” Weiss said. “Watching (Drydene teammates) Logan [Schuchart] and Jacob [Allen] with the Sprint Cars (during the Jackson Nationals in June) the track is looking good and kind of to my liking.”

Even though Weiss scored a win at Jackson Motorplex last year, there’s one race he’s looking forward to even more. A trip to River Cities Speedway in Grand Forks, ND on Friday, July 16, is the closest he’ll come to his Headingley, MB home – less than three hours between them.

He should have several familiar faces there to greet him and cheer him on for a potential victory.

“We’ve always done good up at [River Cities] and got a good baseline setup,” Weiss said. “It’s close to home, we’ll see some friends and hopefully we can do good.”

Weiss enters the Northern swing with a different approach than last year, using his Sniper Chassis. It’s something he and his team have been tweaking on all year, and feel they’re moving in the right direction.

“We’ve really been changing a lot, Cody and JR and everybody’s been doing a lot of talking with some different people, and we’re changing stuff in the front end and the back end just to get better,” Weiss said. “It’s definitely shown we’re making big strides at it and big improvements and just looking to get that first win.”

A win would be Weiss’s first World of Outlaws triumph in more than a year.

He has four top-fives and 11 top-10’s in 2021 so far, and while he feels he’s making strides with the Sniper Chassis, he knows there are places to get better.

Weiss will have to battle a group of hungry World of Outlaws competitors hoping to keep him from Victory Lane throughout the Northern swing. Perhaps racing close to home is the momentum he needs to break through for his first win of the season.