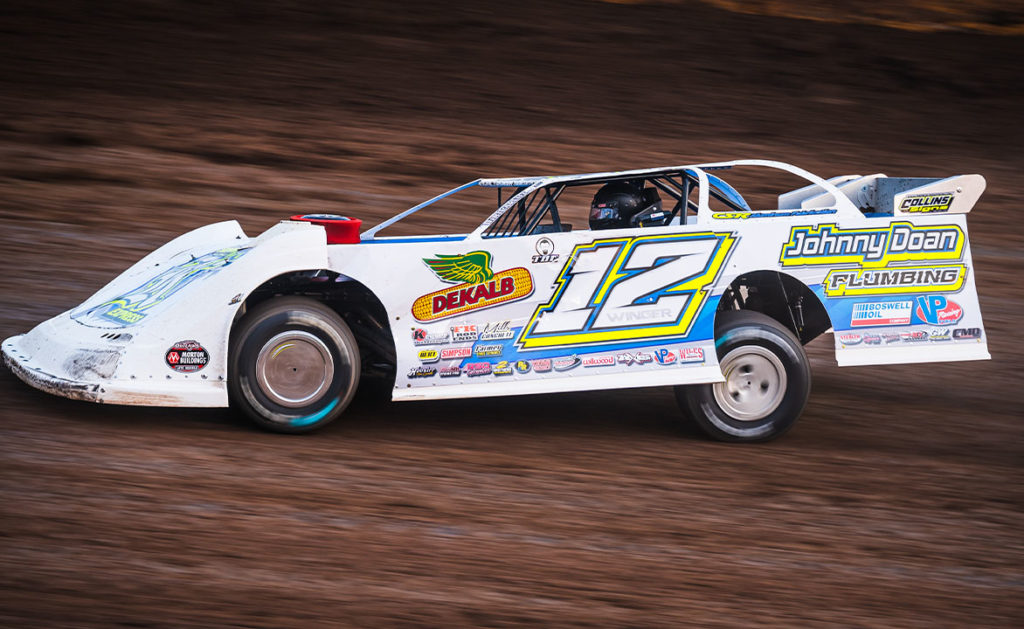 The Hampton, GA driver is searching for his third career World of Outlaws Victory

A stout field of regional competitors is expected anytime the World of Outlaws Morton Buildings Late Models travel to the Southeast. But when the Series returns to Senoia Raceway on Saturday, Oct. 2, they’ll battle an unforgettable opponent. One who’s already conquered them in 2021. Ashton Winger.

The Hampton, GA driver won a thriller over Chase Junghans by 0.107 sec. during the USA Nationals at Cedar Lake Speedway last month and now has the chance to win in front of his home crowd.

Winger already found success at the Senoia, GA facility this season, scoring two victories. However, he knows his competitors, and the track, will be a challenge.

“It’s so technical to get around,” Winger said. “It gets as slick as [Magnolia Motor Speedway] or [East Bay Raceway Park] gets, but the shape of the racetrack makes it where the racetrack changes so much.

October 2 is the Series’ third journey to Senoia, after stops in 2017 and 2018. Chris Madden and Brandon Sheppard each found Victory Lane, and Winger expects them to be contenders again.

“Madden always runs well here; he’s always a tough customer when they come,” Winger said.  “[Sheppard’s] won here before. This is a Ricky Weiss-type racetrack. I expect Ryan Gustin to be really good, and Tyler Bruening’s kind of getting on a heater.

“I’ve raced with Madden ten times at this place, and every time I’ve raced him, it’s been for the lead.”

A win at Senoia would be Winger’s third career World of Outlaws win and ninth of 2021. Six of those victories came with the DIRTcar Summer Nationals.

Winger calls his World of Outlaws triumph at Cedar Lake in August a breath of fresh air after a tough start to the season in February.

“I was really glad to get my second [World of Outlaws] win to prove the first one wasn’t really a fluke,” Winger said. “I don’t want to say it’s a sigh of relief or anything like that, because in a way, that would be me saying we’re surprised that we’re running good and I’m not. We’re fast, we’ve been fast, for I feel like, three years now.”

The 21-year-old won his first World of Outlaws race last year and was on track for another full-time run with the Series in 2021 before the deal with his team fell through. Back behind the wheel of his family car this year, Winger has spent the season rebuilding. Not only his team but his confidence.

Winger hopes to keep his momentum from the summer going as he relishes another chance to conquer a Morton Buildings Feature worth $10,000.

Winger and The Most Powerful Late Models on the Planet will travel to Senoia Raceway on Saturday, Oct. 2, after making a stop at Cherokee Speedway in Gaffney, SC, on Friday, Oct. 1.