Fonda Event Shifts to Next Season 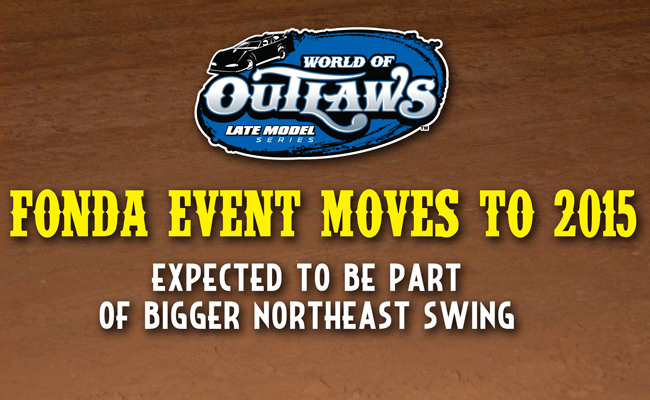 FONDA, N.Y. – June 4, 2014 – The World of Outlaws Late Model Series is postponing its lone appearance this season in New York, scheduled for June 19 at Fonda Speedway, to 2015 when it is expected to be part of a larger swing through the Northeast.

“Our goal as a series is to always put on the best show possible for our fans,” said World of Outlaws Late Model Series director Tim Christman. “We were unable to secure an event to run in conjunction with Fonda this year, and rather than put on a subpar showing in a region with limited late model competitors to join us, we will focus on building a bigger swing through the Northeast in 2015.”

Coming off a huge weekend at West Virginia’s Tyler County Speedway, the World of Outlaws Late Models are back in action Thursday night in the Fulton Bank 50 at Delaware International Raceway in Delmar, Del.