First-Ever World of Outlaws Championship Series Set to Kick Off on iRacing.com 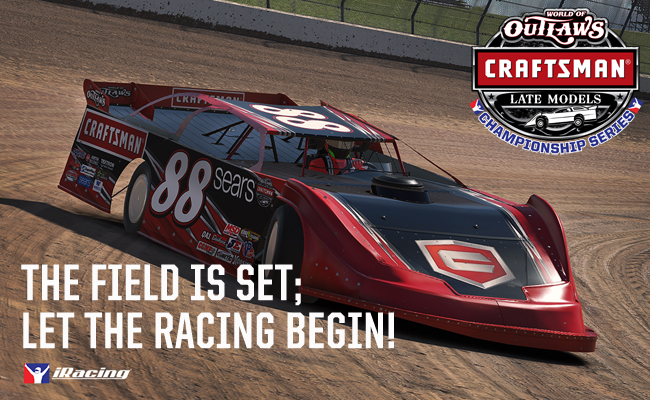 First-Ever World of Outlaws Championship Series Set to Kick Off May 7 on iRacing.com

Qualifying is done. The fields are set. Let the racing begin!

The two series will run on alternating Monday nights beginning May 7th, with the racing broadcast on Dirtvision.com, Facebook and iRacing Live.

“The iRacing team is clearly committed to making the simulation as close as possible to the real deal,” said World of Outlaws CMO Ben Geisler. “We love the idea of a parallel championship. That’s what a true partnership is all about. Many of the competitors are real-life drivers — and some of them are even branching out into new divisions. The possibilities are very exciting, and we’re hoping to see continued cross over between divisions and between the digital and physical worlds.”

“We have two really strong fields of races for the debut seasons of the Championship Series,” said Tony Gardner, president and CFO, iRacing.com. “Since we introduced dirt racing to iRacing a little over a year ago we have been planning to have a series at this level. It’s very exciting to see it all come together and get started.”

The online races will utilize one of iRacing.com’s latest features – Heat Races. This will provide multiple opportunities for the drivers to make the final race each week and earn points towards the season-long championship.

Championship Prize (both Sprint and Late Model, except final bullet):