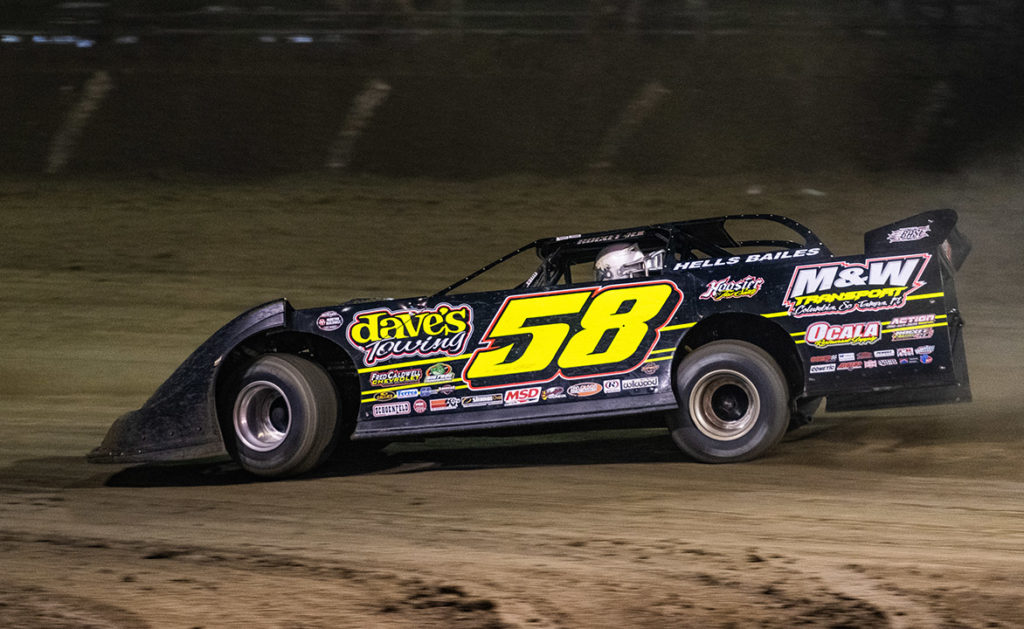 Ross Bailes got a needed boost of confidence before continuing his rookie season with the World of Outlaws Morton Buildings Late Model Series next weekend.

While it came with the Drydene Xtreme DIRTcar Series in a different car versus his regular #58 World of Outlaws ride, he outran several drivers he knows he’s going to have to try and beat on a regular basis with the World of Outlaws, such as current Series points leader, and fellow Rookie of the Year contender, Kyle Strickler and 28-time Series winner Chris Madden.

“It’s big,” Bailes said about getting his second Xtreme DIRTcar win at Lake View Motor Speedway. “There were a lot of heavy hitters there. You’ve got Madden and Strickler and other guys that are really good. Any time you can stick a win in there, it is a little bit of a confidence booster.”

Bailes, from Slover, SC, already has a World of Outlaws win under his belt at South Carolina’s Cherokee Speedway in 2019. However, with years of experience and several wins at tracks around the Carolinas, he already knows he can be competitive in that region. It’s everywhere else he knows he needs to gain experience to be a competitive full-time World of Outlaws driver.

While he currently sits 10th in the championship standings after the first five races of the season with one top-10 finish, Bailes said, overall, he’s disappointed with his performance in the season-opening events at Volusia Speedway Park.

In his debut at the half-mile track during the Sunshine Nationals, he finished 26th after having to use a provisional to start the race. The next night, he put himself in contention to win throughout the Feature before hitting the wall while running second in the closing laps and fell to 12th. Then, during the DIRTcar Nationals, he finished seventh, 12th (after coming from 28th) and 15th, respectively.

“We raced pretty good,” he said. “But we had to use a provisional two or three nights. I wasn’t satisfied with that. We did make some ground up in the Feature. We went forward. So, that’s always good. I had never been to Volusia before so that was new territory. I mean, I didn’t know what to expect but I was hoping to run a little bit better. I was a little disappointed.”

Running with the Xtreme DIRTcar Series was a good way for him to forget Volusia and build momentum for when the World of Outlaws season continues in Tennessee on Friday, March 5, at Duck River Raceway Park and Saturday, March 6, at Smoky Mountain Speedway. With the couple-week gap for the Series between Volusia and Duck River, Bailes said running with the Xtreme DIRTcar Series also helps keep him “tuned” during the off time.

He’ll visit Duck River for the first time next month and while he’s made laps around Smoky Mountain before, it will be his first visit to the track with the World of Outlaws.

Coming into his rookie season with Big Frog Motorsports, Bailes said his main goal is to gain as much knowledge as he can as quickly as he can at each event. Volusia humbled him and his team, he added, showing them where some of their weaknesses are. It’s a lesson he’ll take to the next weekend as he looks for another win. But this time, in Victory Lane with the World of Outlaws. If he can put together strings of good runs, to him, a top-five finish in points by the end of the year is a realistic goal.

“Main thing is just go out there and win races,” Bailes said.

HAULIN’ THE MAIL: Moran Wins $25K at The Bristol Bash