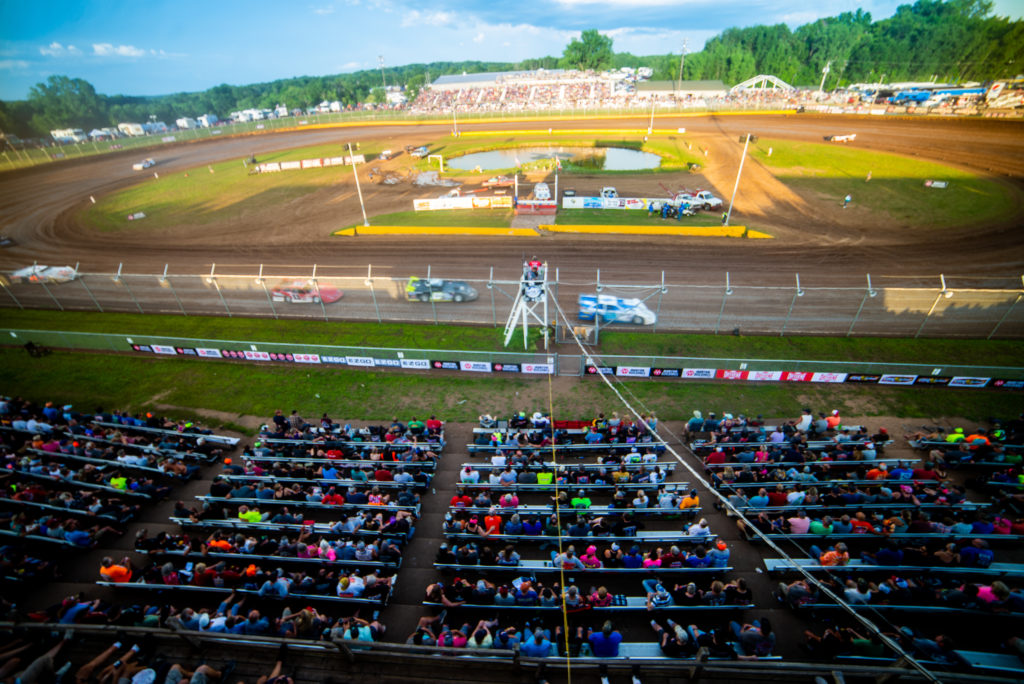 The USA Nationals at Cedar Lake Speedway has been a staple in Dirt Late Model Racing since 1988. For more than three decades now, this crown jewel event nestled in New Richmond, Wisc. has been attracting fans and drivers from all across the world. It’ll be no different this weekend when the World of Outlaws Morton Buildings Late Model Series comes to town for the 33rd annual showcase.

With such a colossal event comes a special format.

Thursday’s opener sits as a standalone show with a full slate of USRA Limited Late Models accompanying a full show for the World of Outlaws Late Models which includes Qualifying, Heat Races, LCS’s and a 30-lap, $6,000-to-win feature. The fun doesn’t end there though. On both Thursday and Friday, fans can keep the night alive with a post-race party over at the Cedar Lake Arena.

On Friday, the USA Nationals program officially kicks off. With qualifying out of the equation, drivers will go to battle for passing points in a pair of 12-lap heat races lined up by pill draw. From there, the top point-getters will conclude the night with a dash to set the front four rows of the feature and decide who claims the coveted pole position. A full show of local late models will also be in action as the support class on both Friday and Saturday night.

Before racing begins on Saturday, a driver autograph and meet & greet session will take place at 4:30pm, allowing fans to get up close and personal with their favorite World of Outlaws stars. It’s all business after that, as the Last Chance Showdowns will give teams one final shot to put it in the main event. To conclude the weekend, a 100-lap USA Nationals finale takes center stage with a whopping $50,000-to-win, $3,000-to-start payout.

If history is any indication of how this weekend will go down, we’re more likely than not to see a new winner walk away with the coveted eagle trophy. Since 2012, all eight USA Nationals titles have gone to eight different drivers with seven of them being first-time winners.

For fans unable to attend the 33rd annual USA Nationals in-person, DIRTVision will be streaming all three nights of racing LIVE. Thursday & Friday’s portion are $24.99 each, Saturday’s finale is $29.99, or a three-day weekend package is $59.99.