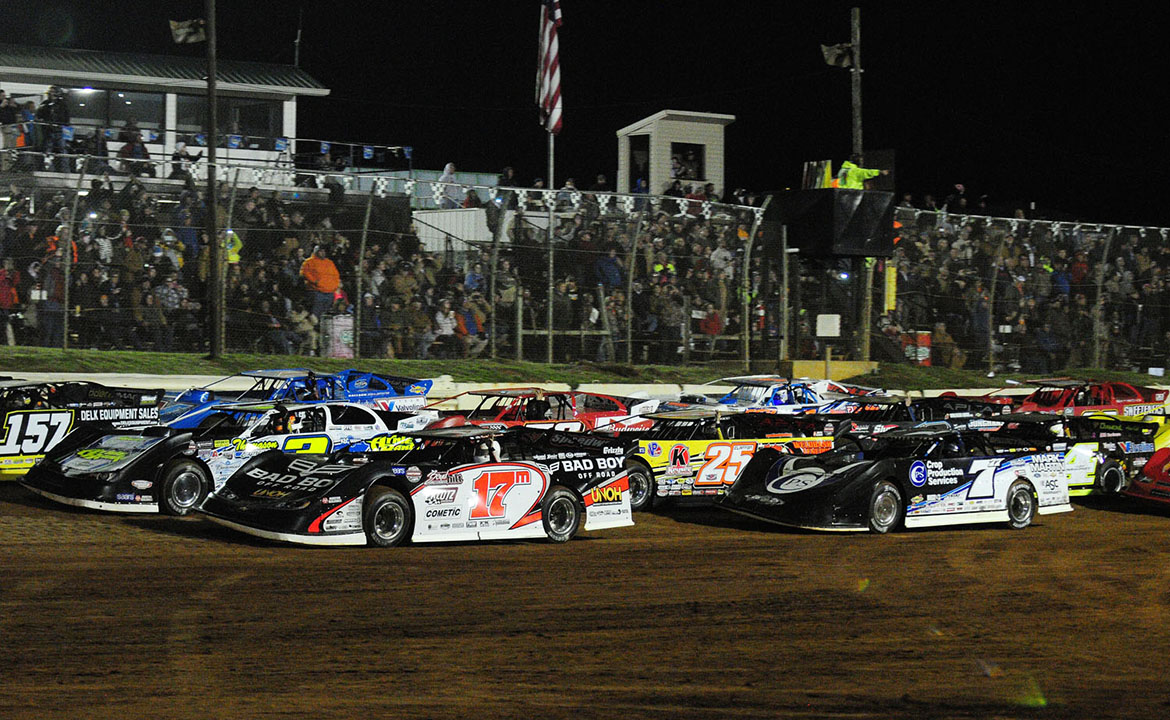 LEWISBURG, TN – When the World of Outlaws Morton Buildings Late Model Series returns to Duck River Raceway Park on Friday, March 8, it will mark the fifth time in series history “The Most Powerful Late Models on the Planet” have gone to battle on the quarter-mile clay oval.

There have been four different winners in the previous four appearances, with Volunteer State native Mike Marlar becoming the first driver from Tennessee to win an Outlaw race at the Duck when he won in 2017 by holding off eventual series champion Brandon Sheppard. Eric Wells (2013), Darrell Lanigan (2014) and Dale McDowell (2016) have also won Outlaw races at Duck River.

Sheppard will need to win to keep his hot streak rolling. Sheppard swept four World of Outlaws Morton Buildings Late Model Series events during the DIRTcar Nationals at Volusia Speedway Park and will be aiming for his fifth consecutive Series victory at Duck River, then hoping to follow it up the next night at Smoky Mountain Speedway to tie the Series’ consecutive win streak record and set up a chance to break the mark in his native Illinois on April 5-6 in the Illini 100 weekend at Farmer City Raceway.

Lanigan, second on the Series’ all-time win list and owner of the six-race win-streak that Sheppard is looking to attack, will no doubt be motivated to protect his record by collecting his second victory at Duck River.

On the strength of his four wins, Sheppard is atop the championship standings in his quest for a second Series crown. Shane Clanton, the 2015 champion from Georgia who won in February at Screven Motorsports Park is chasing Sheppard, with Chris Madden of South Carolina, Chase Junghans of Kansas and Brian Shirley from Illinois rounding out the top five in the championship headed into Duck River.

Racing activity will get underway on Friday around 6 p.m. with the drivers meeting and hot laps to follow. Pit gates open at 2 p.m., spectator gates at 4. Adult tickets are $25, kids 6-12 are $15, kids 5 and under are free. Joining the Outlaws in the racing program are the Durrence Layne Street Stocks, Durrence Layne 604 Crate Late Models, Pure Ponies, Pure/Hobby Stocks and Mod Lites.

The 50-lap, $10,000-to-win Morton Buildings Feature event will cap off night one of a two-day double-header in Tennessee. From Lewisburg, the Outlaws head approximately four hours east to Maryville on Saturday for a 60-lap, $12,000-to-win race – the 6th annual Tennessee Tipoff at Smoky Mountain Speedway. Watch every lap of both races LIVE on DIRTVision! Follow us on Twitter for all the race day updates!