CHASE-ING SUCCESS: Junghans Confident in 2021 Potential with World of Outlaws 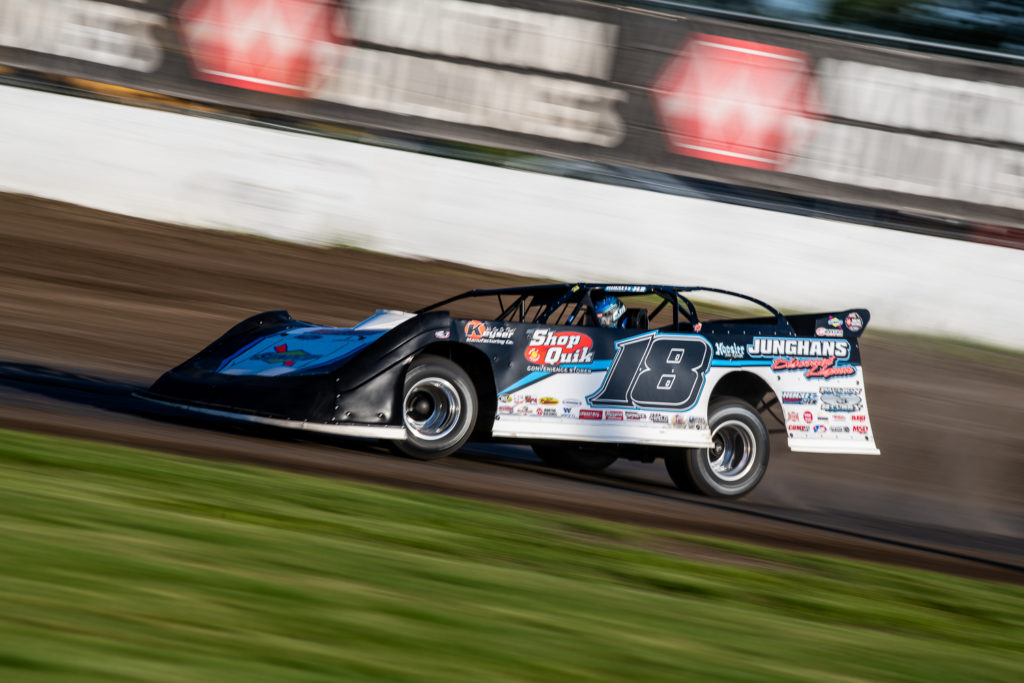 Chase Junghans knew he was better than fifth-place in 2020.

A winless season coupled with scarce podium visits was a tough pill for him to swallow. However, his consistency and confidence in his program has fueled his desire to return for a sixth season with the World of Outlaws Morton Buildings Late Model Series in 2021.

“We had too much bad luck this year, or else I know we could’ve done better,” Junghans noted on his 2020 campaign. “Considering all the trials and tribulations we went through though, it could’ve gone worse. For now, I know we can come back better than ever next year. I feel confident that we’ve got a really strong race car right now, it’s just about putting all the pieces together. Having an entire month down in Florida to get to work on our program will be huge, and hopefully we can capitalize with a strong start in the points. It’s time we get back to victory lane and start rattling off some wins.”

Marking his sixth full-time effort with The Most Powerful Late Models on the Planet, Junghans has previously contested campaigns with the series in 2014-15 and 2018-20. Over the course of each season, the modified graduate has consistently shown signs of growth with improvements coming through not only point finishes, but his stats as well.

He made his debut on the tour in 2014 by finishing second to Frank Heckenast Jr. in the Rookie of the Year chase. Going into 2015, he grew leaps and bounds. Junghans tacked on an additional 14 top ten runs to go along with his first-career World of Outlaws Late Model Series victory, which came at Lernerville (PA) Speedway on June 26, 2015 during a Firecracker 100 prelim.

A two-year hiatus from the series began in 2016, but he returned in full force when 2018 rolled around, and has been a contender ever since. He added two more victories to his resume with Outlaw triumphs at Eriez (PA) Speedway in ’18 and Red Cedar (WI) Speedway in ’19, along with back-to-back top five point finishes in the championship standings.

Junghans was stout again in 2020, recording 26 top tens (third-most) in 40 starts, but his success at the front of the field, or lack thereof, is what’s driving him ahead of the new year. It was his first winless year campaign in three years, and he only made two trips to the podium along with six top fives, all areas where the #18 knows he can do better.

Junghans will join fellow top five runners Brandon Sheppard, Ricky Weiss, Cade Dillard, and Darrell Lanigan, among others, in returning for the biggest season in series history. Awaiting The Most Powerful Late Models on the Planet in 2021 is a massive 58-race slate loaded with prestigious Crown Jewels, added special events, and a boosted purse.

A starter of 252 career features, Junghans could soar beyond the 300 mark with a successful season in ’21. If he does so, he would become the tenth driver in World of Outlaws Morton Buildings Late Model Series history to achieve such an accomplishment. His name would be alongside the likes of icons such as Eckert, Clanton, Chub, Lanigan, Richards, Smith, McCreadie, Francis, and Fuller.

His pursuit of 300 and a career-best championship effort begins on January 14-16 at Volusia (FL) Speedway Park with the Sunshine Nationals. Contesting all of Florida Speedweeks, Junghans will be back at Volusia just three weeks later when the 50th DIRTcar Nationals takes center stage on February 10-13.