BY THE NUMBERS: THE OUTLAWS AT I-55 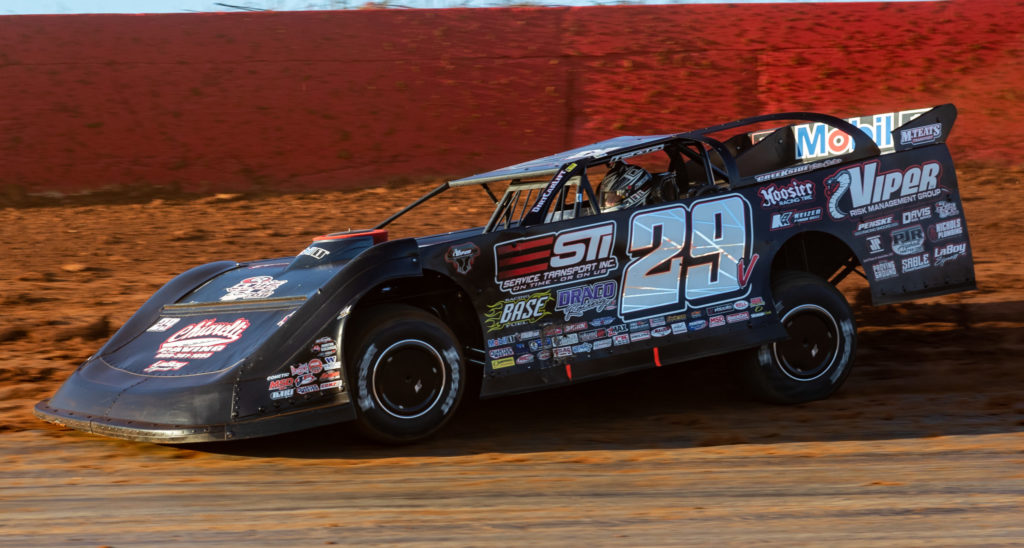 The RETURN to RACING for the World of Outlaws Morton Buildings Late Model Series this Friday and Saturday, May 15-16 at Federated Auto Parts Raceway at I-55 is quickly approaching. With nine previous series events in the rear mirror at the Pevely, MO, facility, we take a look at the numbers for some of the strongest performers at the high-banked, one-third mile oval.

PERFECT ATTENDANCE: Rick Eckert of York, PA, and Shane Clanton of Zebulon, GA, are the only TWO of the 90 feature starters to qualify for every single one of the nine World of Outlaws Morton Buildings Late Model main events at the Federated Auto Parts Raceway at I-55. Eckert also holds the record for most top-10 finishes with a whopping seven top-10 results in nine starts, while Clanton has the edge over Eckert in the win department with a 2010 triumph. Both drivers are expected to compete at this weekend’s RETURN to RACING this weekend to try and make it a perfect 11-for-11 at the one-third mile oval just south of St. Louis.

LEAD DOG: Of the 13 different race leaders in World of Outlaws action at I-55, nobody has commanded the field as much as Shannon Babb of Moweaqua, IL, who has led 86 total laps. Holding the top spot in a series-high four races, Babb tasted the lead in events held in 2018, 2013, 2010 and 2005. Behind Babb is Josh Richards (79 laps), Brandon Sheppard (64 laps), Darrell Lanigan (55 laps) and Dennis Erb Jr. (36 laps). With a strong feature performance this weekend, any of Babb, Sheppard or Lanigan could find themselves in the century club with more than 100+ laps led.

TWICE AS NICE: Through nine features ranging from 2005 to 2018, only two drivers have visited I-55 victory lane on multiple occasions, that being Josh Richards and Brandon Sheppard. Both in a Rocket 1 Racing entry, Richards’ pair of wins came in 2011 and 2013, while B-Shepp clicked off back-to-back triumphs in 2017 and 2018 against a DIRTcar Summer Nationals field. Sheppard will have the chance to enter rarified air this weekend when he chases a third-straight victory aboard his Rocket1 Racing No. 1.

TOP FIVE PHENOMS: A total of 21 drivers have recorded a top-five effort with the World of Outlaws Morton Buildings Late Model Series at I-55 and that list is topped by Chub Frank of Bear Lake, PA, and Darrell Lanigan of Union, KY, with five top-five finishes each. Frank is not scheduled to compete this week, but Lanigan will be on site and rides a four-race streak of 2nd, 4th, 2nd and 4th at I-55 into this weekend’s RETURN to RACING.

ALWAYS AT THE FRONT: When it comes to average finish with the World of Outlaws Morton Buildings Late Model Series at I-55, “Mr. Smooth” Billy Moyer Sr. is unmatched at the top. In six Pevely starts, the Batesville, AR. native has never finished outside of the top ten with a win in the series debut in 2005 and three other podium finishes in 2010 (2nd), 2012 (2nd) and 2013 (3rd) on his resume. He’s fresh off a local win at I-55 from last weekend and will be back this weekend for our RETURN to RACING.

Saturday’s show at I-55 has already sold out, but tickets for Friday’s race are still available for purchase HERE. For those unable to attend, DIRTVision will have live coverage for both nights.