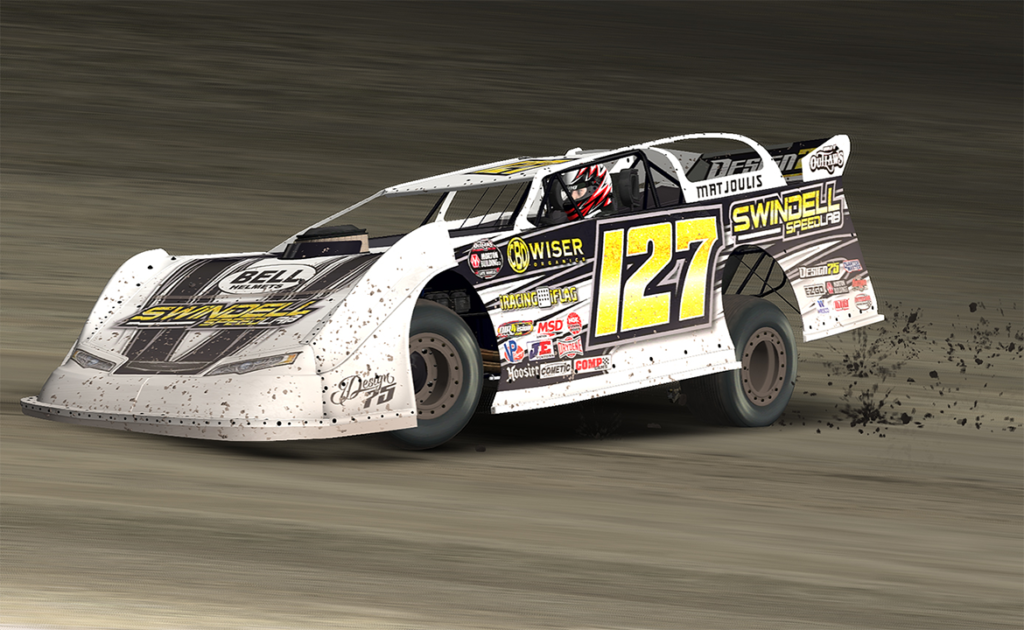 After starting the event six points out of the championship lead, Matjoulis rode consistent lap times to his second victory of the 2019 iRacing World of Outlaws Morton Buildings Late Model World Championship season at Limaland Motorsports Park. After winning his heat to start third in the final, Matjoulis capitalized on a restart gone awry as Tucker, his Swindell SpeedLab Esports teammate and top title rival, was spun by Evan Seay, and Bergeron was collected in the carnage.

“I’m so stoked, I can’t believe it,” Matjoulis said after the victory. “Honest to god, to see luck go my way once in this race means the world to me. Heading into Charlotte, it feels really good, and I can finally sleep at night!”

Tucker, Seay, and Steven Wilson joined Matjoulis as Monday’s heat winners, while Adam Elby, Jeremy Capron, Brian Weyandt Jr., and Howard Weaver were the four to advance through the last chance qualifier. The carnage started early in the final as contact between multiple cars flipped Blake Cannon, winner of the first Limaland race earlier this season, and also collected Wilson, Dylan Houser, and others.

The second restart, though, may have decided the championship if not for aggressive recoveries by both Tucker and Bergeron later in the race. With the two other biggest championship threats forced to try and work their way up from the back, Matjoulis settled into the lead, weathering a third and final caution for Garrett Robinson’s spin and later withstanding a heavy challenge for the lead from Kevin Dedmon in the last quarter of the race.

In the end, Dedmon would attempt to throw a slider in the final corner, but Matjoulis anticipated the move and blocked it. Dedmon would settle for second for the second week in a row, while D1RT Racing’s Shad Prescott would complete the podium.

“Man, I really feel like I let another one get through my hands tonight,” admitted Dedmon. “I do feel like I was faster than (Matjoulis) at the end once I ran him down. I was just waiting—I was going to throw a slider on him with two to go, and then I didn’t really have it set up, and then he blocked the slider on the last lap. I’ve prided myself on driving clean this whole series though, so I wasn’t going to throw anything dirty on Blake, and congrats to him on the win. I’m glad to bring home another second, but I really want to win bad.”

“That was probably the only race that I’ve really strung together and gotten a decent finish out of it,” added Prescott. “I knew managing the restarts at the beginning was going to be tricky, because all of those guys drive aggressive on the starts. I was lucky to make it through tonight, unlike a couple of previous weeks.”

With just one race remaining, the iRacing World of Outlaws Morton Buildings Late Model World Championship standings are as follows: