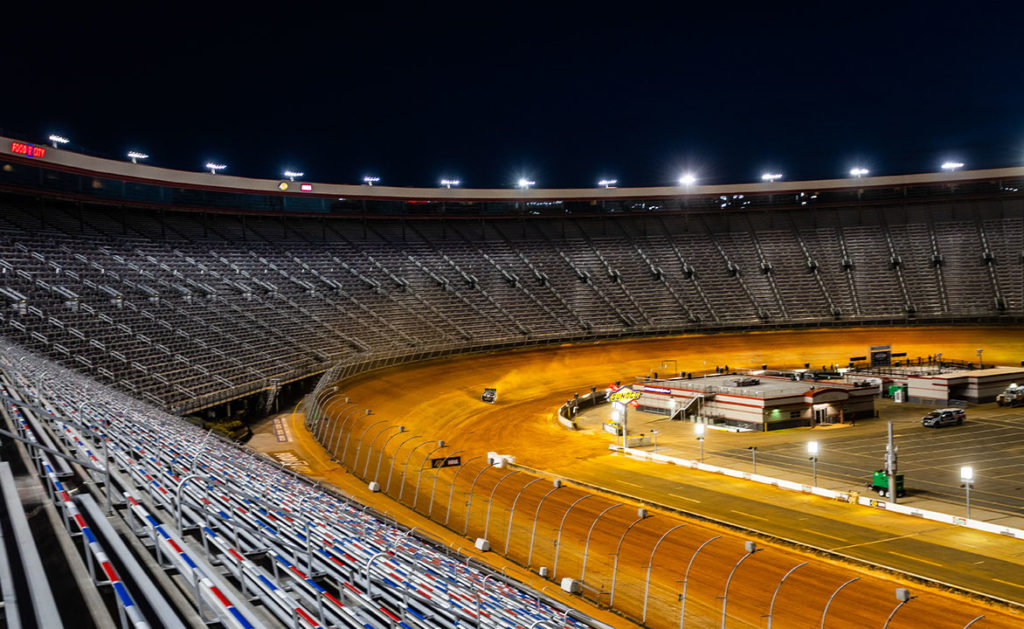 ONE DRIVER COULD TAKE $35K FROM THE BRISTOL BASH

For the second straight weekend, the World of Outlaws Morton Buildings Late Models will race for a big payday. This time at Bristol Motor Speedway for the Bristol Bash.

The “Most Powerful Late Models On The Planet” will race a 40-Lap Feature Friday April 9, paying $10,000 to the winner.

The Series returns to “The Last Great Coliseum” Saturday April 10, battling for $25,000 in another 40-Lap Feature.

Teams will also get a practice session on Thursday April 8.

Last month, the invitational field was announced, with some of the biggest names in Late Model racing set to do battle on the 1/2 mile high-banked oval.

Three drivers in the field have claimed victory at Bristol, including Scott Bloomquist. “Black Sunshine” won two races in 2001.

The two other drivers, Jonathan Davenport and Chris Ferguson made their trips to victory lane, during the Bristol Dirt Nationals March 19-20.

Series point leader Kyle Strickler also won during Bristol Dirt Nationals, but that was in a modified. He’s been the most dominant driver on the Series so far, finishing in the top-five in four of the six Features this season.

Strickler won’t just be trying to collect a big payday in the Late Models. He’s also participating in the DIRTcar UMP modified portion of the event.

If Strickler were to sweep all four Features, the Silver Spring, PA driver could win $50,000.

Some of the World Of Outlaws Late Models teams have already taken laps around the speedway during a test session last month.

Ricky Weiss ran the fastest that night, clocking in at 15.266 seconds. That’s about four seconds quicker than the fastest lap turned during Monday’s NASCAR race. (19.393 by Kyle Busch). Weiss’s average speed was 125mph.

Three-time and defending champion Brandon Sheppard spent the most time on the track during the test session. The New Berlin, IL driver ran 156 Laps, and was second fastest overall.

For tickets to the April 8-10 Bristol Bash at Bristol Motor Speedway, CLICK HERE.

After the Bristol Bash, the World of Outlaws Morton Buildings Late Models will take a week off, before making a swing through Kentucky and Ohio. Friday April 23, the Series will visit Richmond Raceway, before moving east to Brushcreek Motorsports Complex April 24. Visit www.richmond-raceway.net or www.brushcreekmotorsports.com to buy tickets for either event.