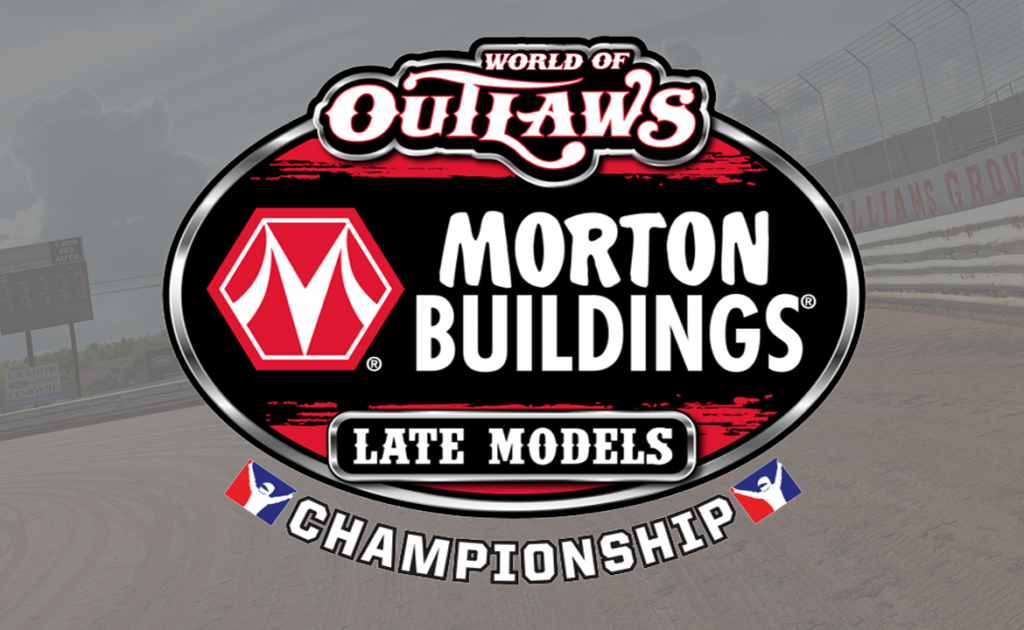 The dream of two iRacing World of Outlaws World Championships in one year isn’t just alive for Alex Bergeron—it’s a distinct possibility.

The Drummondville, Quebec native held off an aggressive late-race slide job by Blake Matjoulis to score Monday night’s Morton Buildings Late Model World Championship victory at Knoxville Raceway. After a late caution bunched up the field and erased a healthy lead, Bergeron was unfazed by Matjoulis’ challenge and locked up his first win of the young season. Evan Seay snuck between the two for second place and his second runner-up finish of the year.

“Tonight went pretty awesome,” Bergeron said. “We qualified with the fast time, but we had a lot of pressure behind from Blake, Evan Seay, all these guys are tough competition. But we just stayed up front, and we kept it on rails. On the last two laps with the caution, Blake went by us, but we went under him and stole it away.”

Bergeron, Seay, Matjoulis, and Dylonn Fox won the four heat races, while Jeremy Capron and Austin Carr took the two last chance qualifiers that set the final rows of the 20-car grid. Capron got into the back of Carr shortly after the green flag of the 50-lap final, causing the first of two cautions on the night.

Matjoulis challenged Bergeron early for the lead after the restart, but the Canadian found speed running the high line, much like he did on the way to this year’s NOS Energy Sprint Car World Championship. Behind him, positions changed frequently in the top third of the field, with Fox, previous 2019 winners Hayden Cardwell and Blake Cannon, Dylan Houser, and Kendal Tucker among those to cycle through the top five.

But something had to give, and that happened when Houser clipped the wall and Cannon bounced into him on lap 44. Houser drifted back down the track and made contact with multiple cars, sending Fox flipping, bringing out the caution, and setting up the epic battle for the victory.

“I threw a great slider and thought I was going to make a move for the lead,” Matjoulis explained. “I knew I had to get a good start, and half of that is just timing it right—fortunately, I got one heading into Turn 1, and seeing him run the top was amazing because I figured he’d block the slider. But when I got the slider into Turn 2 I couldn’t quite hold it into 3, and that’s what killed it right there. Then I got on Evan’s right front and about looped it on the final lap there.”

“I was glad I was starting on the bottom—that’s where I wanted to be from the beginning,” said Seay, who inherited the runner-up spot. “I was just hoping that they would maybe mess up or hit the wall and I would get the win, but I’ll take a second any day.”