BACK TO BRISTOL: Bloomquist hopes for High-Banked Glory 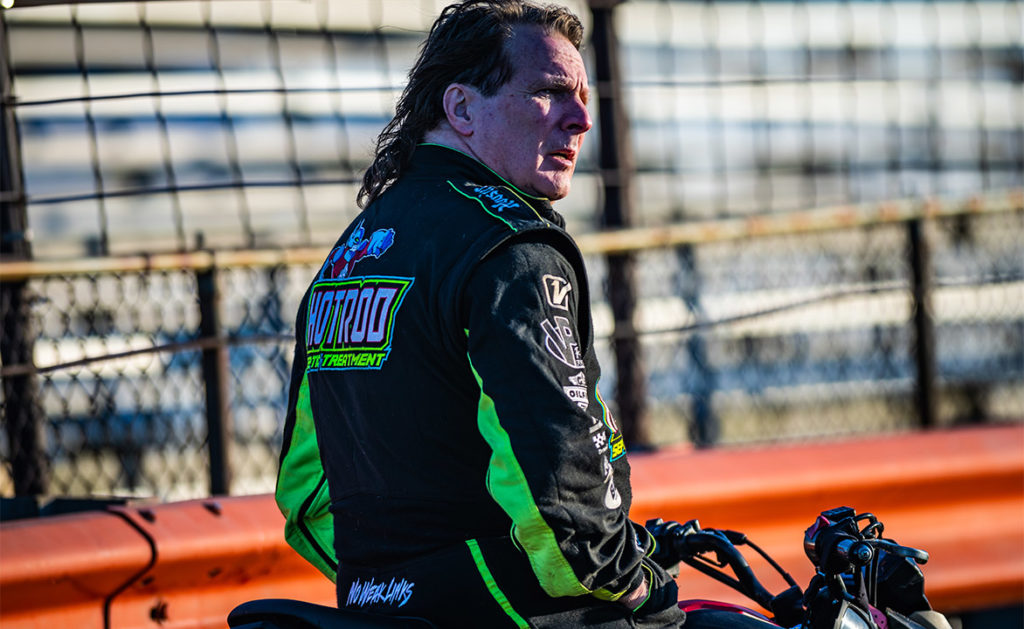 Fans have seen sunshine on the iconic Bristol Motor Speedway since its birth in 1960. They’ve even seen the rarest of shines, the “Black Sunshine.” However, it hasn’t graced the high-banked half-mile in 20 years.

That changes this weekend when the World of Outlaws Morton Buildings Late Models make their debut at “The Last Great Colosseum,” April 8-10, and 2004 World of Outlaws champion Scott Bloomquist, aka “Black Sunshine,” returns to the speedway.

Bristol has held six Super Late Model races since 2000. Bloomquist, of Mooresburg, TN, is the only driver with multiple victories, taking the checkered flag twice in 2001.

“It was big, it’s a special place,” Bloomquist said. “Just going into [Bristol] is kind of breathtaking, there’s probably not a finer place you could race in the world.”

In the 20 years since “Black Sunshine’s” two wins at Bristol, so much has changed in the sport.

“The cars are definitely faster, and we have quite a bit more horsepower,” Bloomquist said.

Despite those two wins in 2001, Bloomquist knows walking away with win number three, and possibly four, between Friday and Saturday’s Features, will be a challenge.

He’s racing against some of the best Late Model drivers on the planet.

“It’s going to be tough; all of these guys are tough everywhere. But at Bristol, I think we might have an edge,” Bloomquist said.

That edge is knowing how to get the job done, when it matters most. In Bloomquist’s first win, he made the winning pass on the last lap to find Victory Lane.

While he’s optimistic about this weekend at Bristol, he’s had a tough start to the season.

Bloomquist has two top-five finishes in 2021, so far. He finished second at Volusia Speedway Park during Sunshine Nationals, and fourth at Cherokee Speedway. However, the Cherokee Speedway finish was during a special event that split the field into two Features and doesn’t count as an official Series finish.

While this weekend’s races are a first for the Series and many of its drivers, the veteran’s experience could be what he needs to find himself back in Victory Lane.

Bloomquist and the stars of the World of Outlaws Morton Buildings Late Models will race for Bristol glory Friday and Saturday April 9-10. Friday is a 40-lap Feature, paying $10,000-to-win. On Saturday, $25,000 is on the line in another 40-lap showdown.

Teams will also get a practice session on Thursday April 8.

During that practice session, fans can watch a special pre-race show FREE on DIRTVision from 6pm to 9pm(ET). It’s also free on Facebook Live and Youtube Live.

Matt Yocum and Ashley Stremme will host the show, along with pit reporting from Georgia Henneberry.

For tickets to the World of Outlaws Bristol Bash, go to BristolMotorSpeedway.com.