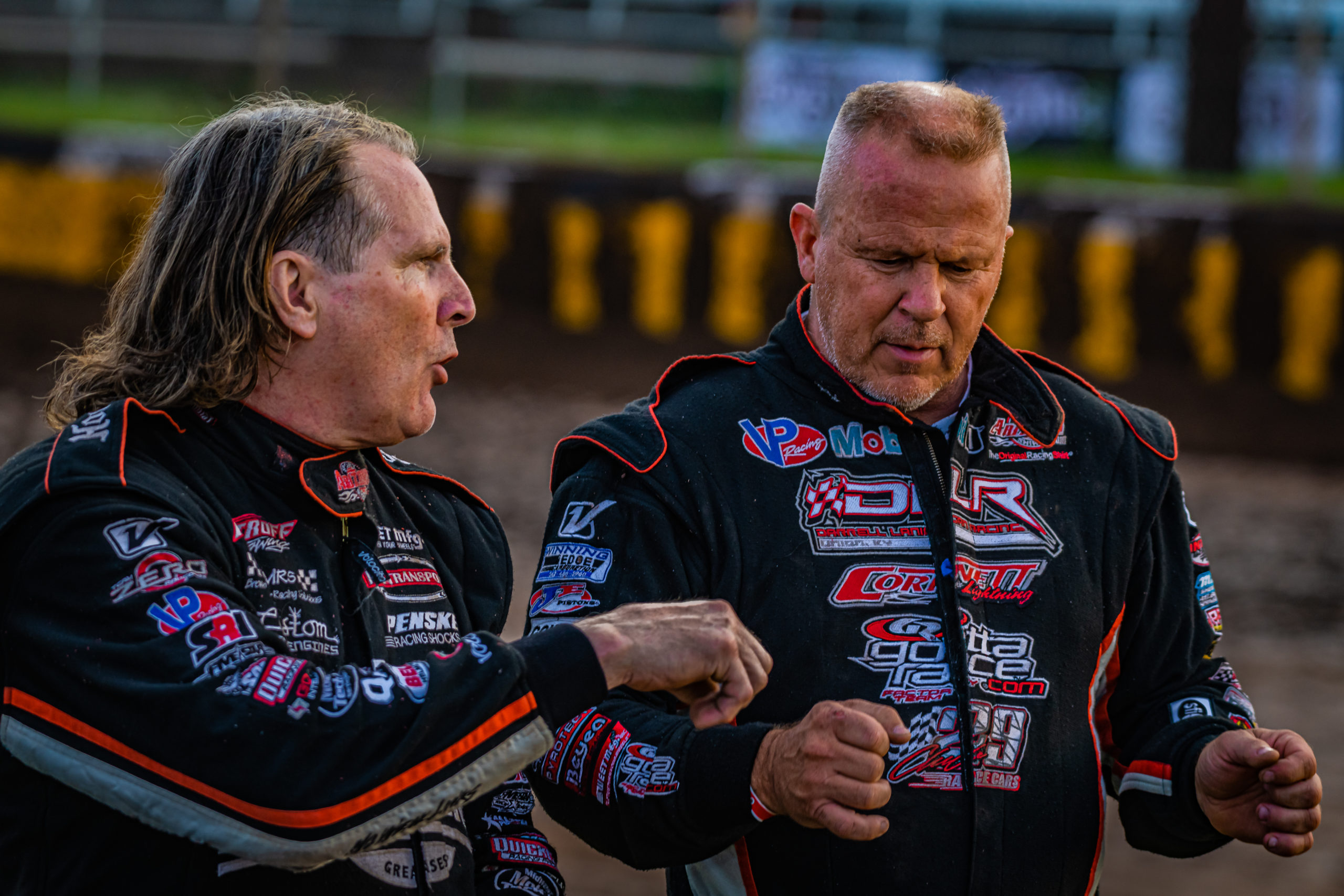 From humble beginnings in 1988 to today’s colossal weekend that engulfs New Richmond, Wisc. – located just across the Minnesota/Wisconsin state line, northeast of Minneapolis, MN – this August tradition has transformed itself into one of the biggest happenings Dirt Late Model Racing each year.

The 2020 running of the USA Nationals kicks off tonight with a full preliminary show of World of Outlaws Late Models and USRA Limited Late Models on the card. Hot laps hit the track at 6:30pm CT with fans able to purchase tickets ($30 Adult, $15 Student, FREE 11-Under, $35 Pit Pass) at the gates. For those unable to make it, DIRTVision has a pay-per-view broadcast online for $24.99 tonight or a weekend package for $59.99.

With such a rich history dating back three-plus decades, we took a look at some of the unrivaled champions, the impressive statistics, some key moments, and more tidbits that have made up the first 32 years of the USA Nationals.

LATE RACE DRAMA: The USA Nationals main event has seen a pass for the win come within the final ten laps on eight different occasions. Those late-race moments include Billy Moyer stealing the inaugural 1988 title from Donnie Moran with 5 to go; Moyer again stripping Moran of the lead with 10 to go in 1989; Rick Aukland snookering Moyer on the final lap of the 1991 race; Aukland again finding magic with a pass on Bill Frye with 2 laps left in 1997; Rick Eckert passing Dale McDowell with 8 to go in 2002; Bloomquist besting Moyer with 5 laps left in 2010; Jimmy Owens fending off Bobby Pierce with 6 to go in 2014; and Chris Madden striking Brandon Sheppard with 5 laps left last year.

ALL OVER THE MAP: The 18 drivers to win a USA Nationals title at the New Richmond, Wisc. facility have hailed from 14 different states over the years. Tennessee owns the most titles at six with five going to Bloomquist and an extra one to Owens; Arkansas has five all from Moyer; Kentucky holds three with two for Jack Boggs and one for Lanigan; Georgia also has a trio of eagle trophies with McDowell’s two and Davenport’s one; Wisconsin, Pennsylvania, Iowa and West Virginia natives all hold two titles; Ohio, Illinois, New York, Indiana and South Carolina each have one win for their drivers.

BADGER PRIDE: Outside of Jimmy Mars’ (Menomonie, WI) resume which includes two USA Nationals (’96, ’09) and ten top five finishes at the event, only three other Wisconsin natives have managed to record a top five result in their home state crown jewel. Dan Schlieper of Sullivan, Wisc. came the next closest to winning on home turf with a 2nd in 2000; John Kaanta of Elk Mound, Wisc. in 1990 and Paul Gilberts of San Creek, Wisc. in 1996 were the only other Wisconsin front runners with fourth-place finishes to their credit.

FLAG-TO-FLAG: Only three times in 32 years has a driver led all 100 laps of the USA Nationals championship feature. Ironically enough, all three instances have came in three different decades. Billy Moyer did it first in a 1992 beatdown, Dale McDowell left his mark on the race with 100-laps of domination in 2001, and Darrell Lanigan did it most recently with a crushing triumph in the 2012 version.

LEAD CHANGES GALORE: The 2014 USA Nationals holds the event record for most official lead changes in the championship feature with Jimmy Owens, Jimmy Mars, and Bobby Pierce swapping the top spot on six occasions before Owens sealed the deal on lap 95. However, the 2008 running of the USA Nationals is untouched in the department of different leaders with five drivers controlling the race at separate points. Billy Moyer, Shannon Babb, Brian Birkhofer and Tim McCreadie duked for P1 before Scott Bloomquist ultimately became the final leader on lap 71.