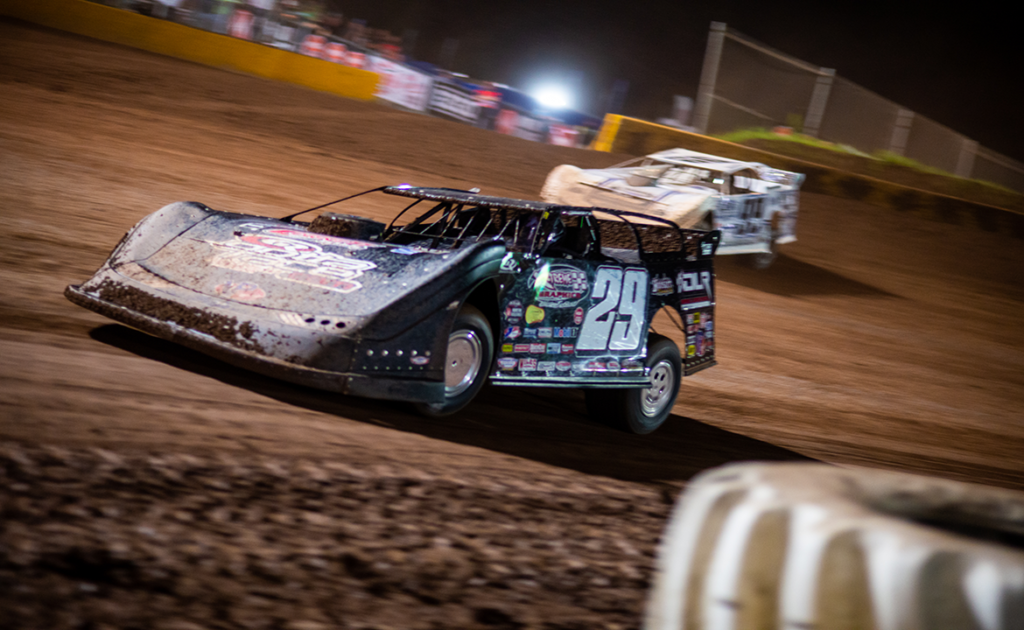 Chris Madden took home his first National Open title last year and his eighth and final World of Outlaws win of the season, propelling him to a third-place finish in the overall points standings. 2018 points runner-up Brandon Sheppard was hot on Madden’s tail in the first half of the race before engine issues struck him just before halfway, ultimately contributing to the points deficit he was unable to overcome at season’s end.

This year, Sheppard and the Rocket1 Racing team are in a much different position, ruling the points standings by 254 markers over second place and topping the win column with a total of 18. Should “The Rocket Shepp” visit Selinsgrove Victory Lane for the first time in his career and 19th time overall in 2019, he will break the World of Outlaws record for most wins in a single season – one that was set at 18 in 2016 by his predecessor aboard the Rocket Chassis house car, four-time Series Champion Josh Richards, and tied by Sheppard himself in 2017.

Chris Shuey of Orefield, PA, won the inaugural Late Model Open in 1999 followed by a win in 2001. Nick Dickson of Lewistown, PA, is the only other repeat winner with victories in 2007 and 2012.

Limited Late Models will join the Outlaws on the card next Saturday night, scheduled for a 7 p.m. start time.

Tickets for the 21st annual Late Model National Open presented by Jeff’s Autobody & Recycling Center, hosted by Selinsgrove Speedway and the World of Outlaws Morton Buildings Late Model Series will be on sale at the track on race day – $30 for adults, $15 for students ages 12-17 and kids 11 and under are FREE.

Northeast tripleheader on tap for World of Outlaws Late Models