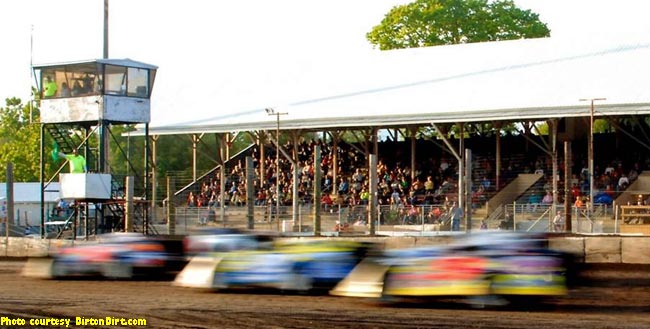 With a new mid-summer date, a record purse and sanctioning from the World of Outlaws Late Model Series, the 24th annual Prairie Dirt Classic is set to become the biggest and richest dirt Late Model race in the history of the popular quarter-mile oval.

A $20,000 first-place prize will be on the line when the 100-lap Prairie Dirt Classic is run as a two-day festival of speed over the July 26-27 weekend, FALS and WoO LMS officials jointly announced on Friday.

Traditionally contested as a 50- or 75-lap DIRTcar UMP-sanctioned event over Labor Day weekend, the Prairie Dirt Classic’s move to an earlier place on the 2013 racing calendar and first-ever affiliation with the WoO LMS promises to take the event to unprecedented heights.

“The Prairie Dirt Classic has always been the race everyone identifies with Fairbury American Legion Speedway,” said Matt Curl, a 36-year-old, life-long resident of Fairbury, Ill., who is the track’s new race director and will head the race committee for the first time in 2013. “But the weekend has kind of gotten to where it’s more of a local, Midwestern show rather a ‘spotlight’ race. With the national sanctioning bodies racing out East over Labor Day weekend, we couldn’t draw those national drivers, which is something our fans have been wanting for a long time.

“Making the Prairie Dirt Classic a true national event that attracts the country’s best drivers has long been the track’s vision for the race, and when we met as a race committee (earlier this off-season) we talked about what we could do to make that happen in 2013. We contacted the World of Outlaws, we came up with a date (July 26-27) that we thought could work really well on their schedule and ours, and everything just came together from there.

“All of us at Fairbury American Legion Speedway are really excited about what we’ve come up with for 2013,” he added. “We’re taking the Prairie Dirt Classic to the next level. We’re going to give our area fans a chance to see the best national, regional and local Late Model racers competing in a show that we hope to build into the biggest race in Illinois.”

The Prairie Dirt Classic weekend will follow the usual two-day format for 100-lap WoO LMS events. Time trials and qualifying heats will be run on Fri., July 26, with B-Mains, a Non-Qualifiers’ Race paying $2,000 to win (from a purse of over $12,000) and the century grind headliner on Sat., July 27.

DIRTcar UMP Modifieds will be the featured support class both nights, racing for over $20,000 in purses during the weekend ($1,750 to win on Friday, $3,000 to win on Saturday). UMP Sportsman ($500 to win) will also compete on Friday evening while UMP Street Stocks will battle for a $500 winner’s payoff on Saturday night.

“We’re thrilled to add the Prairie Dirt Classic to the 2013 World of Outlaws Late Model Series schedule,” said Tim Christman, who is in his seventh season as the director of the renowned national tour. “Fairbury American Legion Speedway has a well-deserved reputation as one of the DIRTcar UMP circuit’s top tracks so it’s a perfect place to hold a huge event. I think there’s no doubt this will be a weekend no Late Model fan will want to miss.”

A historic fairgrounds track owned by the Town of Fairbury’s American Legion, the speedway has been a Saturday-night motorsports staple in the Land of Lincoln since 1946. An all-volunteer fair board, which runs the fairgrounds for the Legion, oversees the race committee that organizes the weekly racing action at FALS, which was voted the DIRTcar UMP Track of the Year in 2006 and ’07.

“We have incredible weekly fan support and we know this race is going to get them all talking,” said Curl, who was just nine months old when he attended his first race at Fairbury and has worked there in various capacities since he was a teenager. “We’re gonna do everything possible for the fans and drivers to make this the best weekend for everybody. We want everybody to feel at home, have a great time and see the great racing that Fairbury is known for – and we want this to be an annual, stable event, a race that is one of the biggest every year on the World of Outlaws Late Model Series.”

Curl said a limited number of reserved seats at the historic FALS facility will be sold in advance. Ticket information and other details about the Prairie Dirt Classic weekend, including an event time schedule and special attractions, will be released soon.

A title sponsor for the event has not yet been signed, but advertising partners already on board for the weekend include Livingston Stone Company, Brandt Consolidated, Schahrer Trucking Inc. and Lynn Chevrolet-Buick. Hampton Inn & Suites in nearby Normal, Ill. (309-452-8900) will serve as the official hotel of Fairbury American Legion Speedway.

The Prairie Dirt Classic will kick off a big week of summer action in the Midwest for the WoO LMS. The tour will continue on to Shawano (Wis.) Speedway on Tues., July 30; Cedar Lake Speedway in New Richmond, Wis., for the USA Nationals on Aug. 1-3; and Independence (Iowa) Motor Speedway on Mon., Aug. 5.

For the latest information on the Prairie Dirt Classic, visit Fairbury American Legion Speedway’s brand-new website at www.fairburyspeedway.com and the home of World of Outlaws racing at www.worldofoutlaws.com.