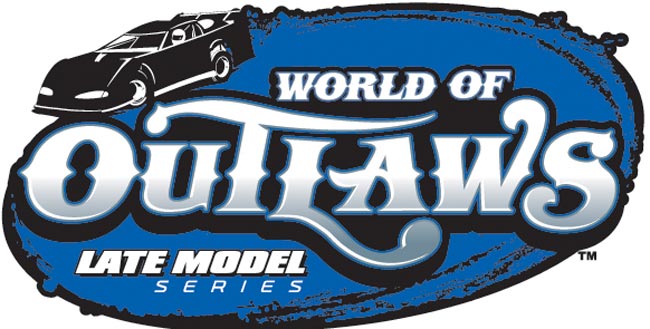 CONCORD, NC – June 24, 2013 – The World of Outlaws Late Model Series ‘Wild West Tour’ will be run under a Hoosier tire rule for the first time this season, series officials have announced.

A summer staple of the national full-fender circuit, the Wild West Tour will visit six tracks in five states and one Canadian province from July 5-12. Drivers will compete for $56,000 in first-place cash from total purses totaling over a quarter-million dollars during the eight-day western trip.

The Wild West Tour will kick off on Fri., July 5, at Amsoil Speedway in Superior, Wis., a three-eighths-mile oval that returns to the WoO LMS schedule after a two-year absence.

Regionally-based drivers who have indicated plans to challenge the WoO LMS stars in all the Wild West Tour events include Jimmy Mars of Menomonie, Wis., Brady Smith of Solon Springs, Wis., and 2011 WoO LMS Rookie of the Year Pat Doar of New Richmond, Wis., who has been racing closer to home since dropping off the national tour earlier this season. In addition, John Anderson of Omaha, Neb., said he plans to join the swing at Deer Creek.

The non-WoO LMS driver who accumulates the most points while competing in all the Wild West Tour events will win the $500 DirtonDirt.com Outlaw Invader Bonus, a new-for-2013 award sponsored by the popular website that provides news coverage, results and features on all types of dirt Late Model racing.