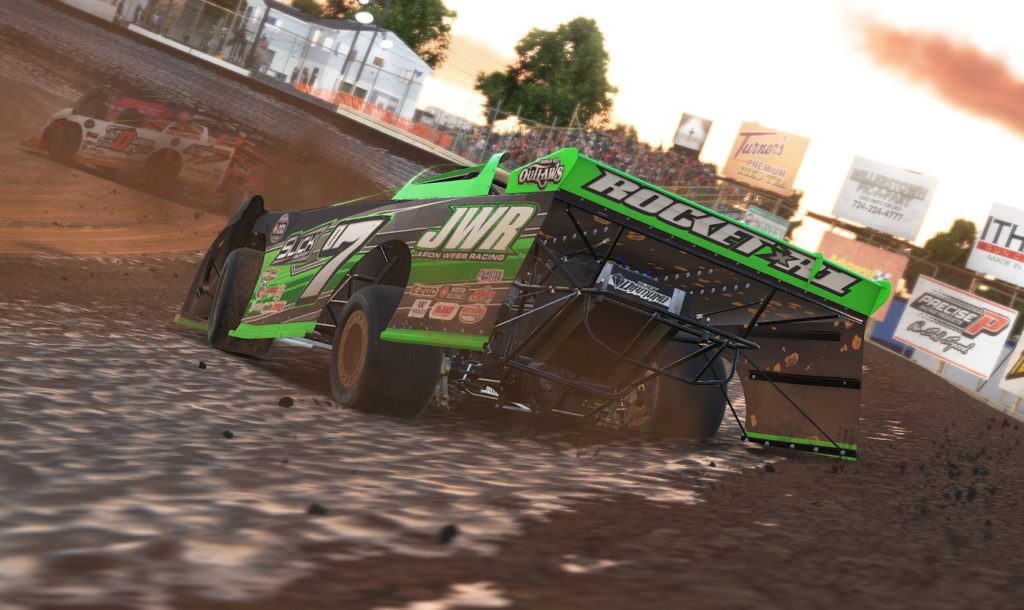 He may have been denied an opportunity to go back-to-back in season openers, but Hayden Cardwell still means business in the 2020 iRacing World of Outlaws Morton Buildings Late Model World Championship.

After Drew Hopkins snuck past to score last week’s season-opening victory at Volusia Speedway Park, Cardwell trounced the field in the series’ inaugural visit to Lernerville Speedway on Monday night. Taking the lead from polesitter Blake Cannon on Lap 5, Cardwell continued to extend his lead further and further as the 50-lap feature went caution-free, lapping all the way up to 12th place in the 20-car field.

Evan Seay was second, more than six seconds adrift of the lead, while Kendal Tucker, Tyler Ducharme, Devon Morgan, and Cannon finished within four tenths of a second of one another in third through sixth. It was the second top-10 of the year for everyone in the group except for Ducharme, who came home 16th at Volusia. Alex Bergeron’s quest to sweep both World of Outlaws titles in 2020 continued with his second straight ninth-place finish, while Hopkins found himself unable to capture lightning in a bottle again, missing the main event with a fourth place finish in his last chance qualifier.

With the win, Cardwell has already built himself a 23-point championship advantage over Tucker through just two rounds. He’ll look to carry that momentum into next week’s action at Limaland Motorsports Park, where he won his heat last year before finishing a disappointing 19th in the feature.

The iRacing World of Outlaws Morton Buildings Late Model World Championship season resumes next Monday at Limaland Motorsports Park, which saw five different podium finishers in two races last year. As always, the race can be seen live on the iRacing eSports Network on Facebook, Twitch, and YouTube at 9PM ET. For more information on iRacing and for special offers, visit www.iracing.com.