Skip to content
iRacing: Seavey to the Top
Tags: 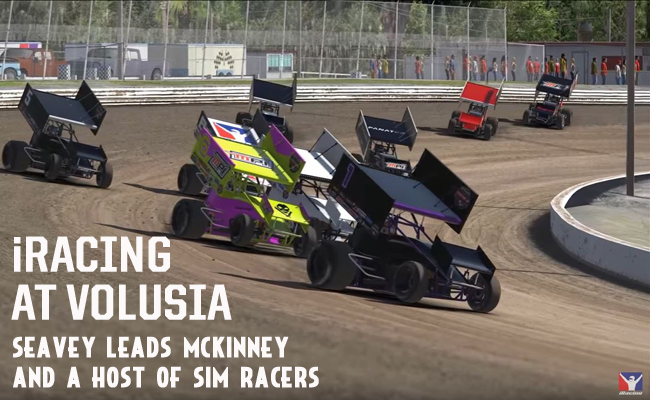 Logan Seavey started on top and stayed on top in Monday’s iRacing World of Outlaws Craftsman Sprint Car Series race at the virtual Volusia Speedway Park. After setting fast time in qualifying, the Sutter, CA-based sim racer jumped to the lead at the green from Mike McKinney and went the distance in the 30 lap race.

Although he was never headed, Seavey was under constant pressure from McKinney who stayed within striking distance of the lead throughout the race . . . literally, as the two banged wheels on Lap 22. Neither car suffered serious damage in the incident, and Seavey maintained the lead through a late yellow flag and the subsequent restart to come home the winner.

Justin Full mounted a fierce charge in the closing stages of the race to climb from eighth to third place in the final seven laps, while Joe Letteriello came home fourth ahead of Adam Gilliland and Tyler D Hudson with Monster Energy NASCAR Cup Series driver Timmy Hill coming home as the seventh and final competitor on the lead lap.

Next week the iRacing World of Outlaws Craftsman Sprint Car Series heads to Pennsylvania for a date with Williams Grove Speedway. Be sure and check out all the sim racing action at The Grove on iRacing Live on DIRTVIsion.com, Monday, April 24 starting at 8:30 pm Eastern time.