Get Dirty on iRacing 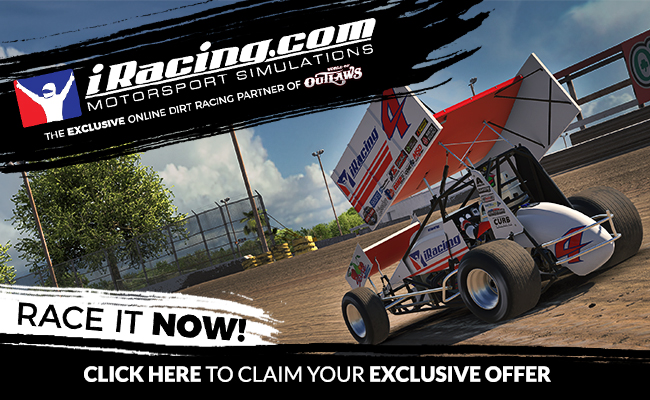 Time to Get Dirty on iRacing.com

Dirt racing is officially open for business on iRacing.com

Fans around the world will have the opportunity to experience what it’s like to jump behind the wheel of a DIRTcar Racing Street Stock and climb the dirt racing ranks into a full-bodied Late Model or a fire-breathing, 900-h.p. World of Outlaws 410 Sprint Car.

Tracks such as the world-famous high-banked, half-mile Eldora Speedway, the ‘Worlds Fast Half-Mile’ at Volusia Speedway Park, and the fast and tricky Williams Grove Speedway have been laser-scanned and are available and ready to race, offering fans a real-life experience like no other.

“I couldn’t believe how realistic it was,” said Shane Stewart, World of Outlaws Craftsman Sprint Car driver. “Everything from the track to the grandstands, it felt like I was in the car racing an Outlaw race. [iRacing.com] did a great job at making you feel like you’re in a true 410-Sprint Car.”

In collaboration, iRacing.com plans to develop online versions of a variety of DIRTcar Racing series as a core element of its new dirt racing feature.